Popular Bollywood actor Alia Bhatt, known as a style icon, recently faced some harsh comments and negativity for wearing a pair of ripped jeans in public.

Alia Bhatt has created a niche for herself in the fashion world with her trendiest outfits. The actor never seems to have disappointed fans and the fashion police with her sense of style. The internet fashion police also seemed to be loving Alia Bhatt's outfits all this while, whether be it at a red carpet or for a casual dinner outing.

However, it now seems like Alia Bhatt has disappointed the internet fashion police as she stepped out recently. Alia Bhatt took the internet by storm as she was spotted wearing a white t-shirt and ripped jeans. Netizens did not approve of Alia Bhatt's ripped jeans even though it is quite vogue.

Some fans did not approve of Alia Bhatt's outfit as she was mocked and trolled on social media. One of the fans also asked people to donate money to buy Alia Bhatt's outfits. But some true fans of the actor came in support of Alia Bhatt where they praised her for her good sense of clothing. Here are some messages by netizens who trolled Alia Bhatt being trolled. 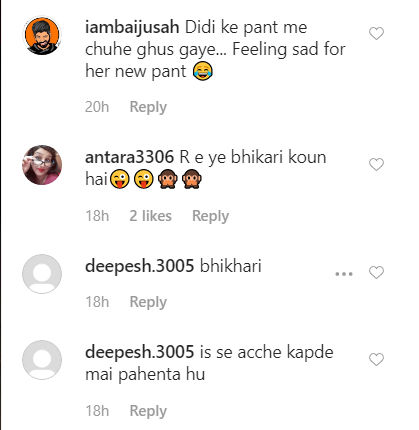 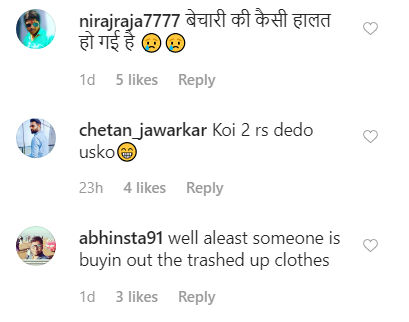 Alia Bhatt recently unveiled the first look of Gangubai Kathiawadi. The actor received a lot of love and some varied reactions about the look on social media accounts like Twitter and Instagram. The film is a biography directorial by Sanjay Leela Bhansali. She will be seen on essaying the dynamic character Gangubhai, who was a mafia queen back in her days. The film will also star Vijay Razz, suggest reports. The film is slated to release on September 11, 2020.

PEOPLE HAVE PLEDGED SO FAR
Hrithik Roshan shares work selfies with his crew from Dubai trip, see pics
Katrina Kaif's red dress from this commercial video leaves fans in awe; watch
Disha Patani and her crew chant "Radhe Radhe" in this fun BTS video
Salman Khan's aww-dorable pictures and videos with kids will melt your hearts
Kiara Advani's stylish headgears are definitely something to add to your accessories
DO NOT MISS
NADELLA'S RESPONSE TO FAV CRICKETER
'NEHRU WAS ENVIOUS OF AMBEDKAR'
DHONI'S NET SESSION
MALDIVES THANKS INDIA ON EVACUATION
INSPIRED OR COPIED?
CAT'S REACTION AMUSES TWITTER