With reports surrounding Alia Bhatt-Ranbir Kapoor's wedding in December, Alia's close friend Akansha Ranjan Kapoor reacted to it, and said she was clueless.

With the COVID-19 pandemic spreading at an alarming rate, numerous events around the world have been postponed. Be it sports competitions, film releases or political meetings, most events have been put on hold at the moment. While even weddings around this phase have been pushed ahead, like the Richa Chadha-Ali Fazal marriage, fans are hoping things would be fine by the end of the year as the alleged Ranbir Kapoor-Alia Bhatt wedding is reportedly set to take place in December.

READ: Ranbir Kapoor And Alia Bhatt's Wedding To Happen This Year In Mumbai? Here Are Details

Now, one person who could be one of the first to know the truth about it is Akansha Ranjan Kapoor. The actor, who recently debuted with the web series Guilty, has been Alia’s BFF since childhood and is often seen hanging out with the couple. 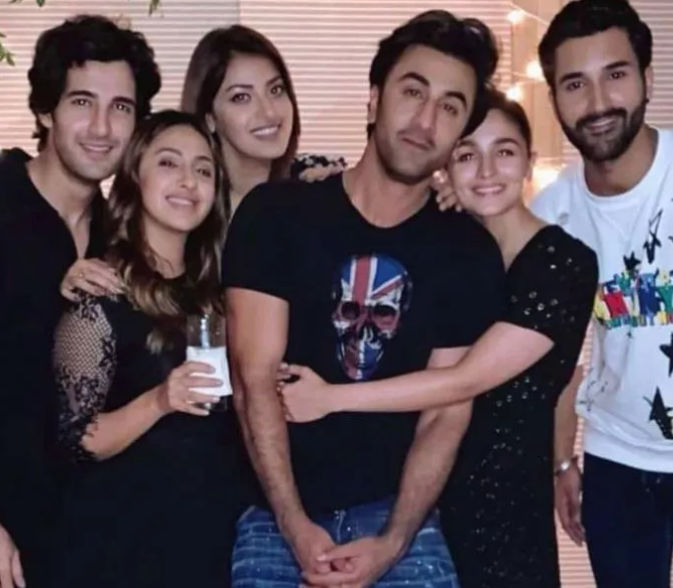 In a recent interview with an entertainment portal, Akansha finally spoke about the rumours doing the rounds. The actor did not open up, and said even she was clueless about the wedding. She added that even she had heard the rumours, but did not know the details of it.

READ: For My Craft, Alia Has Always Told Me To Just Surrender Completely, Says Akansha Ranjan

Latest reports on Ranbir-Alia wedding state that the rituals are set to take place around December 21. It was reported that the celebrations could be spread over four days in Mumbai. However, the families have not finalised the dates due to the COVID-19 situation.

Last year, even a fake invitation card of the wedding had gone viral, where the event was reported to take place in January 2020. The families had denied the reports then.

Meanwhile, recently rumours started doing the rounds that the couple has started living together after a video of them went viral.

On the professional front too, the couple is set to feature in Brahmastra, their first film together, set to release on  December 4. The Ayan Mukerji directorial is a trilogy also starring Amitabh Bachchan and other stars. The duo has multiple other films in their kitty too.

PEOPLE HAVE PLEDGED SO FAR
LATEST NEWS
View all
39 mins ago
Black Mirror quiz: How big of a Black Mirror nerd are you? Find out
32 mins ago
Shraddha Kapoor shares personal 'changes' to protect environment; brother has comical take
1 hour ago
Shraddha Kapoor inspired outfits for events that will help you make a style statement
24 mins ago
Anil Kapoor stresses on 'rest days' after 6 days of training & weightlifting
1 hour ago
Unseen Pic of the Day: Priyanka & Deepika as Kashi and Mastani are BFF goals