Amitabh Bachchan Showcases His First Family Car, Calls It A 'Gesture Beyond Time'

Amitabh Bachchan recently posed with his first car. The yellow Ford Prefect was gifted to him by one of his friends. Here is all you need to know about the same

Amitabh Bachchan took to Twitter to post a picture of himself with an old car, which he revealed was from the 1950s. The picture posted in the wee hours of March 9, 2020, has Amitabh Bachchan posing with a yellow vintage car, seeming more than ecstatic. In the social media post, Amitabh wrote: "T 3464 - There are times when you are speechless.. I am now .. been trying to express, but nothing comes out .. .. a story of times gone by.. a gesture beyond time.." (sic)

Check out Amitabh Bachchan's picture with his car: 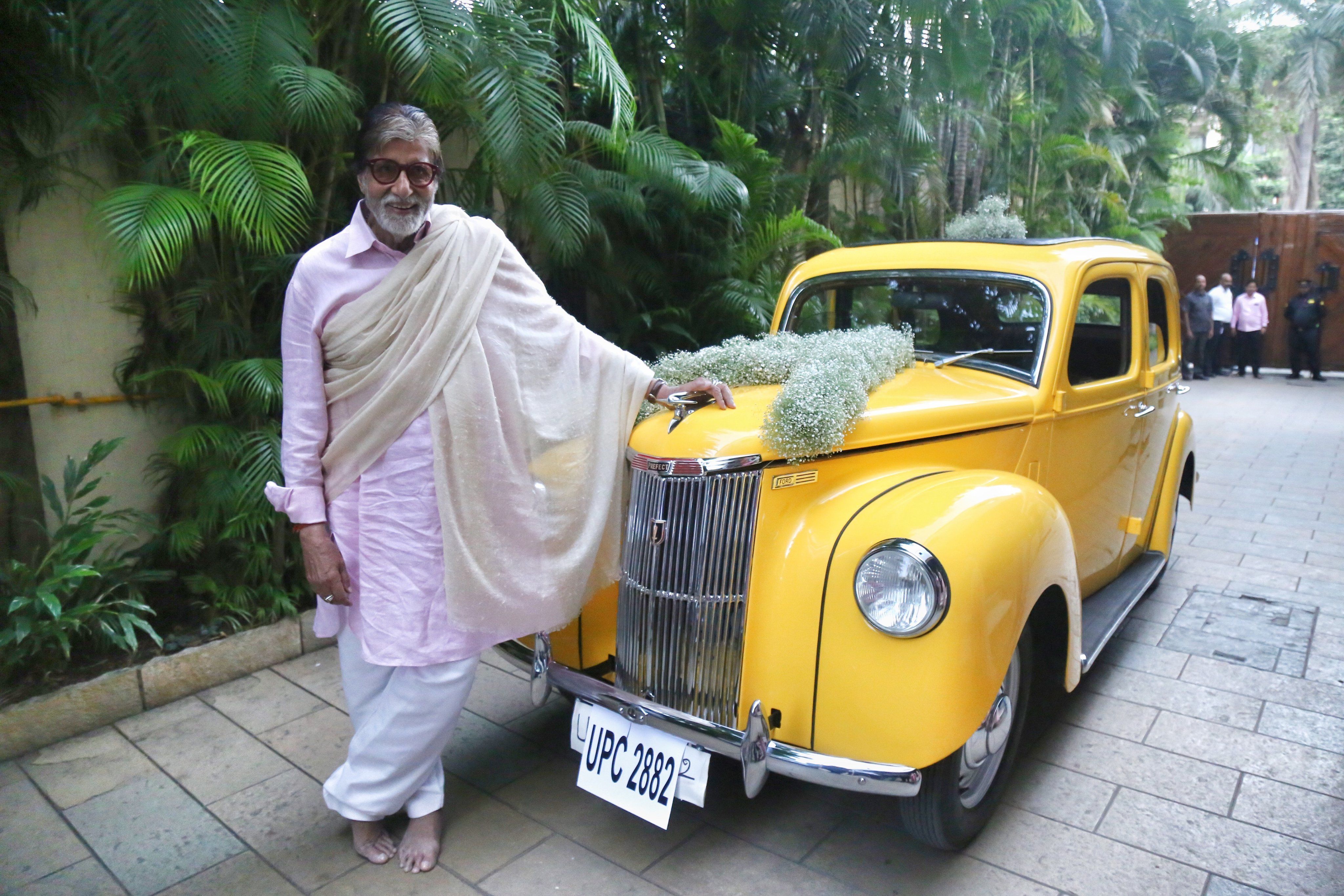 In his recent blog post, Big B revealed that his previous post about his first car persuaded Anant to gift him the exact same car. He reportedly redesigned, repainted and interestingly got the exact number plate- UPC 2882 as their first car. Unable to control his emotions, Amitabh Bachchan said, "This is an incredible gesture.. No one has EVER .. EVER .. done anything like this for me..!"

Besides the upcomer, Big B also has Shoojit Sircar's Gulabo Sitabo, Rumi Jaffery's Chehre, and Nagraj Manjule's Jund. All of which will release in the year ahead. Meanwhile, the actor is also reported to start work on the sequel tohis 2002 hit movie Aankhen.