For superstar Amitabh Bachchan 'thank you seems so out of place and insufficient' as Poland pays tribute to his father Harivansh Rai Bachchan, an Indian poet.

For superstar Amitabh Bachchan 'thank you seems so out of place and insufficient' as Poland pays tribute to his father Harivansh Rai Bachchan, an Indian poet of the Nayi Kavita literary movement of early 20th century Hindi literature. The people of Poland paid a tribute to the Indian poet in a remote but one of the most revered and ancient Churches with a special prayer. He wrote in his blog, "emotional, honoured and filled with the kindness of the people of Poland.. an over 300 year old Church and .. ALL made of wood ..! more than 85 % of the city was destroyed during the WW 2 .. but this church was untouched." [sic]

Chehre: Amitabh Bachchan shoots in minus 14 degrees temperature in Slovakia

T 3581 - At one of the oldest Churches in Europe , in Poland a prayer for Babuji .. so touched and such an emotional moment .. his soul must be at peace and love ..
Thank you Bishop and the people of Poland .. such an honour pic.twitter.com/dkcjUpEEN0

He further wrote, "no greater honour than the remembrance of Babuji .. who gave his all for us .. and left the message of life in each step we took and shall take .... the Church of Peace .. and its ancestry 1652 .. still alive and erect untouched by the vagaries of fierce WW .. and a silence of peace and the sound just of the special organ that plays as the prayers for Babuji resound  .. divine blessings .. and the divinity of togetherness and the coming together of us all." 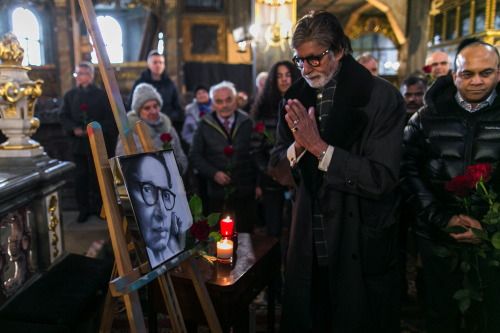 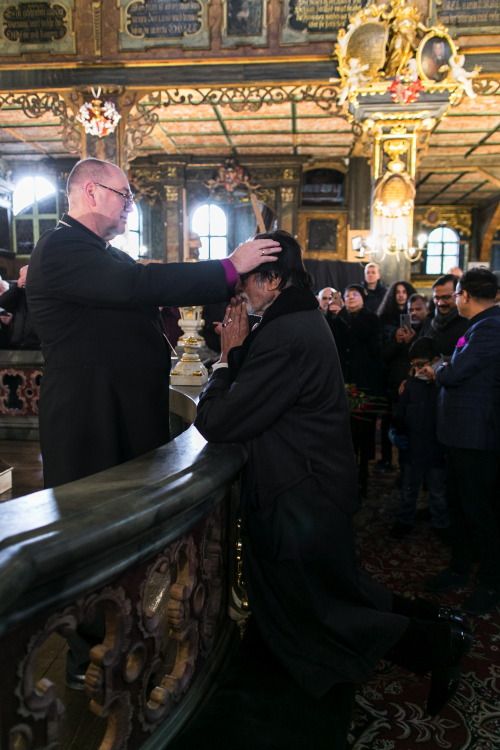 Bachchan was in Poland to shoot the final scenes for the film "Chehre'. The film is directed by Rummy Jafry and produced by Anand Pandit. The film produced by Anand Pandit Motion Pictures and Saraswati Entertainment Private Limited, is scheduled to be released on April 24. It also features Rhea Chakraborty, Siddhanth Kapoor, Drithiman Chakroborthy, Raghubir Yadav and Annu Kapoor. “Just a few glimpses of ‘Chehre’, the film I started for Rumi Jaffery. A long-standing commitment and happy that I was able to honour it,” Bachchan wrote on his blog.