Amitabh Bachchan, on Wednesday, took to his official blog and revealed that there was another death in the family and he won't be able to communicate. As per his blog entry on January 23, Bachchan is back to work and wrote that work is what life believes is the 'moving time wheel': "and the tragedies continue and bring immense sadness .. and uncertainty .. and fear and questions."

He added: "work belies the conditions that profession and professionalism declares .. it never reads the conditioning of the mind or body .. it simply and merely seeks the act of demanded professional attribute.. so be it.." Bachchan shared some beautiful pictures with wife Jaya Bachchan and Katrina Kaif, from what it looks like Kalyan Jewellers commercial. Reacting to the same, some fans thanked the actor for sharing some 'cheer' and 'happiness'.

He concluded by saying that one should not read the body and the smile and the laughter of dance, but "read within" because the "within remains veiled in the disguise of the profession". 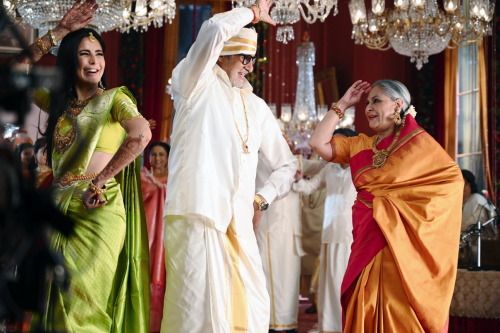 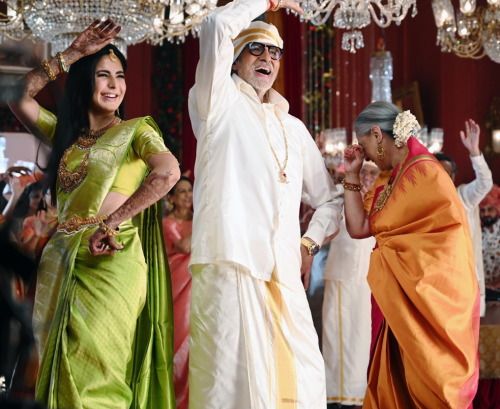 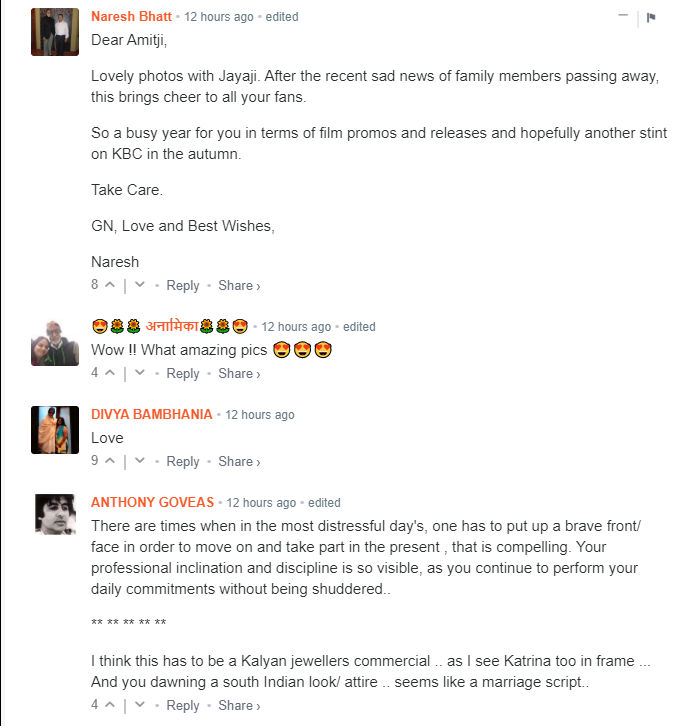 Bachchan took to his Twitter handle to share his next film line-up for the first half of 2020. He also shared the teaser of 'Jhund' that is set to hit the theatres on September 20 this year. The film marks the Hindi directorial debut of Nagraj Manjule, who is best known for helming Marathi blockbuster "Sairat". Bachchan is essaying the role of Vijay Barse, a Nagpur-based retired sports teacher who starts a slum soccer movement, in the feature.

PEOPLE HAVE PLEDGED SO FAR
Here's a list of Raveena Tandon's shelved movies that you must know about
Saif Ali Khan opens up about his quarantine routine with son Taimur
Sidharth Malhotra: Awards won by the actor over the years
Alaya F's photos from her childhood are too cute to handle
Arjun Kapoor’s 'Valentine's in April' movie recommendations is every romantics’ delight
DO NOT MISS
TRADING HRS IN MONEY MARKET REVISED
GROUND REPORT FROM DHARAVI
AWHAD SLAMS PM'S '9 PM - 9 MINS'
SAMBIT PATRA SLAMS SIBAL
DELHI COP'S DAUGHTER PENS LETTER
TRUMP JR SUPPORTS JAPAN AGAINST WHO