Amitabh Bachchan was recently awarded the Dadasaheb Phalke Award by the President Shri Ram Nath Kovind. He later penned a sweet note regarding the same.

Amitabh Bachchan is considered to be one of the most influential actors of Indian cinema. He was recently conferred the Dadasaheb Phalke Award by the President Shri Ram Nath Kovind. Big B was filled with pride as he received the award.

Amitabh Bachchan even took to his blog to express his joy. While talking about his experience, Big B said that he has immense pride in his country and film industry.

Amitabh Bachchan even shared a few snaps from the event in his blog. There are various pictures of him receiving the award from the President of India. There are also pictures in which one can spot his wife, Jaya Bachchan, and son, Abhishek Bachchan seated in the audience and cheering for him.

Check out Amitabh Bachchan's pictures from the awards ceremony here: 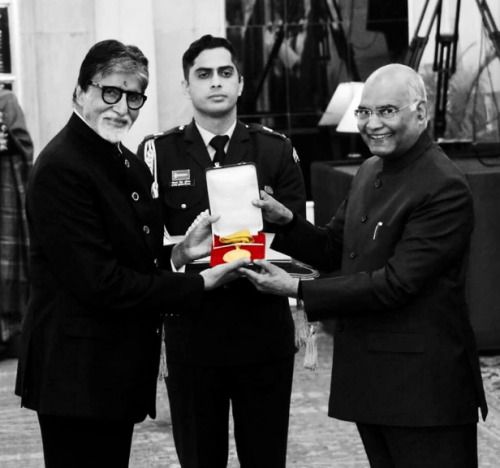 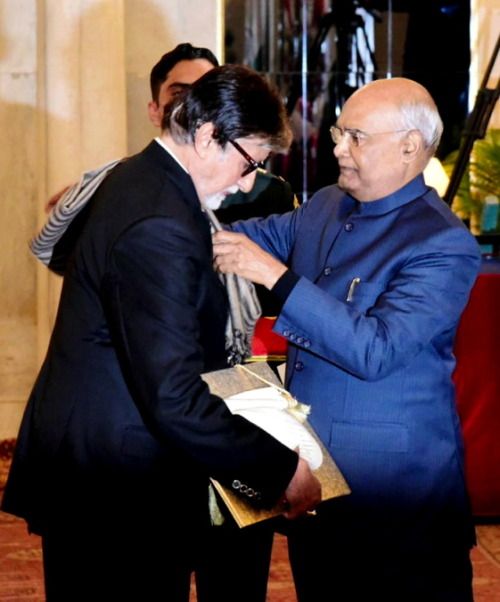 Ever since the news was out, Amitabh Bachchan has been overloaded with congratulatory messages from all corners of the industry. The Dadasaheb Phalke Award is the highest in cinema in India. Bollywood veteran Vinod Khanna was conferred the award last year.

The President of India has also put up a picture of Amitabh Bachchan receiving the Dadasaheb Phalke Award. In the picture, one can see the President of India Shri Ram Nath Kovind conferring the award to Amitabh Bachchan and smiling for the camera. The caption for the same read as, “An actor par excellence, his work has entertained and inspired generations in India and across the world”.