Amitabh Bachchan Comic Books That Could Have Been Made Into Movies

Amitabh Bachchan is widely known for his powerful performances but very few people know about his appearance in comic books. Bollywood's Shenshah has not only given fans some superhit movies to watch but also some comic books to enjoy. With all that said, here are five of Amitabh Bachchan's comic books that would make for great movie adaptations:

The comic revolves around aliens who decide to visit Earth. They are familiar with weightlessness and find the gravity on Earth to be strange and they invent a machine that turns the gravity off. This creates trouble amongst the villagers. In one scene, Supremo (Amitabh Bachchan) rescues a baby and sets it on the top of a tree. Fans think a movie would provide some closure to the book. 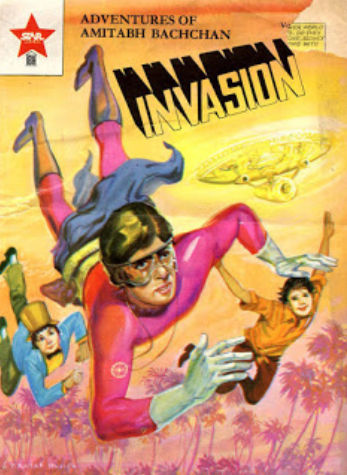 Supremo and his buddies get stashed in a bottle and they land up across the lost city of Atlantis. He faces king Amand who wants to conduct experiments on him. There is a scene where Supremo fights with the King's pet and fans think it would not have seemed far-fetched on-screen. 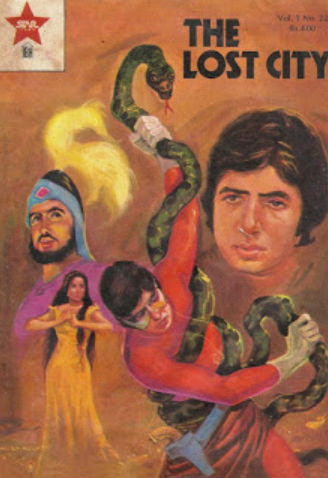 ALSO READ | Amitabh Bachchan's Photos With His Granddaughter Aaradhya Are Beyond Adorable; Pics Inside

A pilot leaves a map of the city of Avantipur as he suffers from a gunshot. There, Supremo finds out a cartel holding kidnapped scientist hostage, in order to produce weapons as per the dictators. In the scene, Henchman's outfit and looks are things that fans find funny and they feel it would look great in a movie.

The comic begins with Amitabh Bachchan filming for a movie with actor Hema Malini, who last appeared with her in the Puri Jagannath-directorial, Hoga Terra Baap. Fans of the two on-screen couple would like to see them reunite to create a movie based on this comic. Adventures of Bachchan - Supremo and The Dacoit Queen

When kids go missing, Supremo feels that there is a woman who behind all this and he soon learns her intentions on abducting children. She does it so as to fill the void in her life. An adaptation of this comic book is something fans would love to watch. 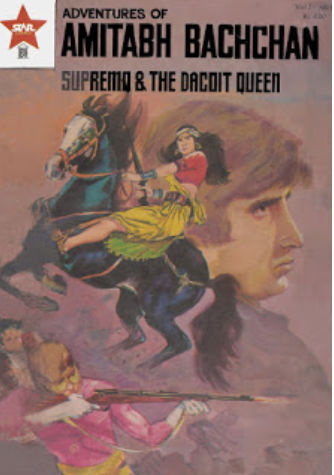