Ankita Lokhande on Monday hosted an Ask Me Anything session on Instagram and shared some unseen pictures featuring late actor Sushant Singh Rajput.

Ankita Lokhande on Monday hosted an Ask Me Anything session on Instagram and shared some unseen pictures featuring late actor Sushant Singh Rajput. Sharing a memory of Sushant, Ankita posted a screenshot of their video call when the actor was shooting for MS Dhoni: The Untold Story.

In another story, she shared a picture with Sushant's family (Sushant’s father KK Singh and his sisters, Shweta Singh Kirti, Priyanka Singh and Meetu Singh) from her trip to Patna. She revealed she has visited the city 'once only'. In another picture, Sushant was seen having a good time with actors Rashami Desai, Nandish Sandhu and Natasha Sharma.

In a message for Sushant fans, Ankita wrote, "Keep praying for him and his family."

‘Mad and adorable’: Ankita Lokhande reminisces memories with SSR on his birth anniversary 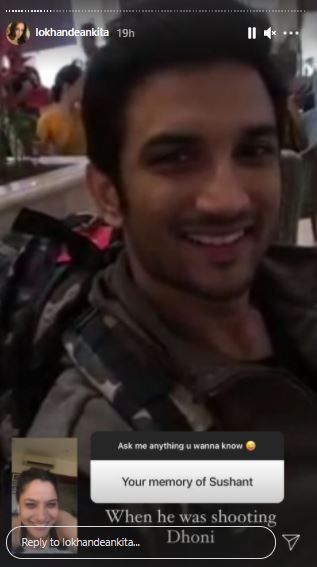 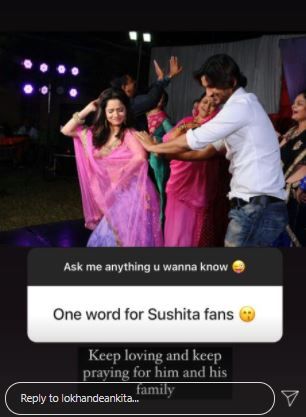 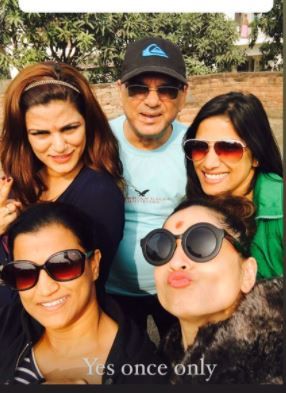 Ankita was a part of SSR’s journey as his co-star on the show ‘Pavitra Rishta’. She also witnessed his transition from the small screen to the big screen on a personal level, as they were in a relationship at that time. Though Sushant and Ankita broke up five years after his entry into films, the latter came out in support of the late star, and backed the movement for justice for him, backing the demand for a Central Bureau of Investigation probe.

SSR had passed away on June 14, 2020, and the Mumbai Police had termed the death as a suicide. However, his family and fans have been asking for justice since his death and they continue to share stills of his movies remembering him.

Ankita Lokhande rejoices as 'Manikarnika' completes 2 years of it's release

He was last seen in the coming-of-age romantic flick Dil Bechara. Helmed by Mukesh Chhabra, the movie was an adaptation of John Green’s novel The Fault in Our Stars. The film features him essaying the role of a terminal cancer patient, who falls in love and goes to the extreme to make his lover’s dream come true.