Anupam Kher recently shared a video of his conversation with his little friends from the streets of Mumbai. Here is how his fans reacted to the video. 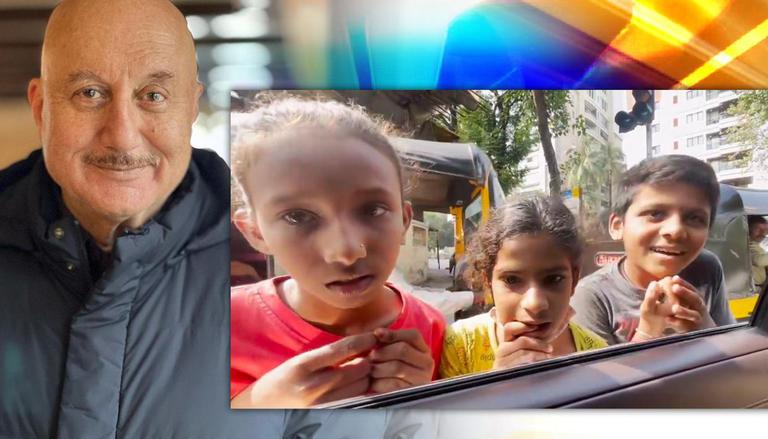 
Bollywood actor Anupam Kher has been in the film industry for several decades. The actor has a huge fan following, but not only for his acting skills, but also for his generosity towards others. Anupam Kher, who is now also an active social media user, has many friends whom he meets on Mumbai streets. He recently ran into them while travelling in his car and stopped for a small conversation.

Taking to his Instagram handle, Anupam Kher shared a video of his conversation with his little friends. In the video, the actor could be heard asking them about their school. He also talked to them in English and asked them which standard they were studying in. The New Amsterdam star also inquired some more about of his little friends and got to know they went to their village. He further asked his little friends if they used the raincoat he gave them to which they say yes. At last, Anupam Kher said he felt very good after meeting with his friends, and the kids felt the same.

The actor titled the video, "Happy Conversations" and wrote, "It is always such a joy to meet my morning walk friends and just have random conversations with them! About nothing in particular. Because the only agenda is pure HAPPINESS! May God always keep them safe and healthy!"

The actor's fans often praise him for his generosity and humble nature. Watching the video, many of them hailed him and called him an inspiration. An Instagram user wrote, "You are soo inspirational. Make friends with all ages. Lots to learn from you. Jai ho," while another one commented, "Nice to watch adorable human conversations Sirji. it’s become a rare commodity nowadays." Some people were seemingly impressed by the actor as they called him a sweetheart and a good human being.

Anupam Kher is a busy actor and hops from one project to another. The actor was recently filming for Sooraj Barjatya's upcoming movie Uunchai, along with Boman Irani, Parineeti Chopra and Amitabh Bachchan. He also signed a Tamil film Connect starring Nayanthara and Sathyaraj. Connect will mark Anupam Kher's 522nd film of his career.