Recently, a fan took to his Twitter handle to share a BTS picture from the sets of 'Ae Dil Hai Mushkli' which is undoubtedly every bit adorable. Take a look. 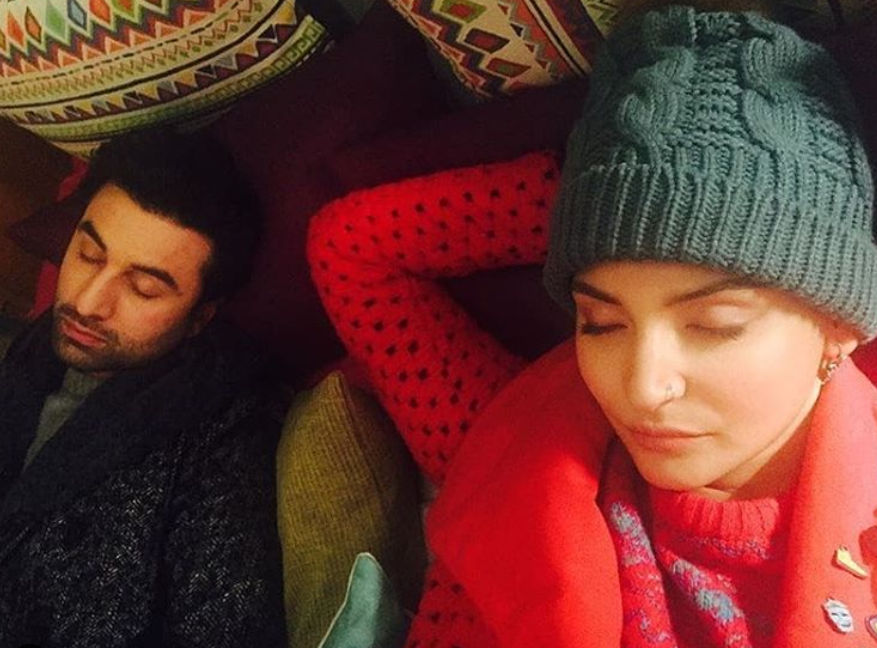 What's next for Anushka and Ranbir

Anushka Sharma last graced the big screen with Katrina Kaif and Shah Rukh Khan in Zero. The actor is currently gearing up for her next film, Priceless. Starring Anushka Sharma and Sidharth Malhotra in the leading roles, Priceless is expected to hit the theatres in 2021. The much-awaited film is being directed by Tarun Mansukhani. Reportedly, Anushka Sharma has also been roped in for Paani. However, no official statements have been made by the makers of the film.

Meanwhile, fans of Ranbir Kapoor will see the actor in theatres in Brahmastra. The much-anticipated movie will be Ranbir's first movie in two years and fans of the actor have huge hopes from the film. Apart from the unconventional story plot, Brahmastra's interesting star-cast also has got the audience excited for its release, adding more pressure on the makers.

PEOPLE HAVE PLEDGED SO FAR
LATEST NEWS
View all
8 mins ago
Romantics listen up: ranveer singh reveals how he courted deepika padukone to marry him
45 mins ago
Rakul preet singh's vacation pictures are pure goals for travel enthusiasts; check out
5 mins ago
Surbhi jyoti and hina khan in white ethnic suits; see pics inside
44 mins ago
5 alia bhatt starrers that were made on low-budget, but earned exceedingly well at bo
1 hour ago
Kareena kapoor khan or jennifer lopez: who aced the silver mirror work outfit like a diva?