Filmmaker R Balki, who has given some of the iconic films to the Indian cinema, is set to come up with a new film titled 'Chup: Revenge Of The Artist'. 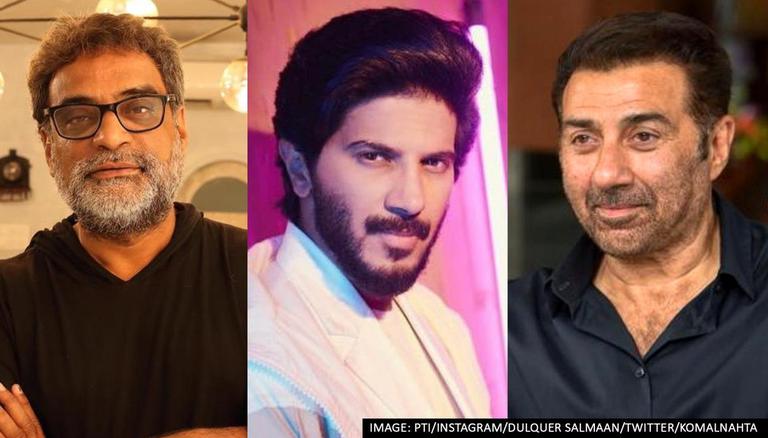 
Filmmaker R Balki who has given some of the iconic films to the Indian cinema is set to come up with a new film titled Chup: Revenge Of The Artist. The film will feature Dulquer Salmaan and Sunny Deol in the leading roles. Apart from the two stars, the film will also feature Pooja Bhatt and Shreya Dhanwanthary in pivotal roles. Actor Akshay Kumar took to Instagram and revealed the title of the film with the post on legendary actor Guru Dutt's death anniversary.

The motion poster gave a glimpse of Guru Dutt’s life with his pictures in the background. Going by the poster, the film is touted to be a thriller. While captioning the post, Akshay wrote, “After watching this, one cannot stay #Chup! I have so many questions, what an intriguing poster! Eagerly looking forward to it, #RBalki”.

Speaking to ANI previously about the film, Balki said,

“After months of waiting, for me, it is exciting to start shooting anything. And to make a film in a genre that I haven't attempted before is even more exciting. I have had the idea for a long time but never quite got around to writing it, and while it's fundamentally a thriller, it banks so much on these four stunning performers. I just can't wait to get into the editing room."

Dulquer who will be seen working with Sunny Deol and R Balki for the first time shared the motion poster on Instagram and wrote, “Have been waiting for this day !!! Here is the first look of our very ambitious #ChupRevengeOfTheArtist”.  His co-actor Shreya commented below the post with a heart-shaped emoticon, while actor Shibita Dhulipapa expressed her fan love for Guru Dutt. "What a cool one! (As a Guru Dutt fan, I’m properly tripping)", she wrote.

The film is backed by Hope Productions and Rakesh Jhunjhunwala. The maverick filmmaker of movies like Pyaasa, Kaagaz Ke Phool, Chaudhvin Ka Chand, and Sahib Bibi Aur Ghulam, Guru Dutt passed away aged 39 on October 10, 1964. The screenplay and dialogues of the forthcoming film have been co-written by Balki and critic-turned-writer Raja Sen and Rishi Virmani.

The Paa director said in a press statement,

"Chup is an ode to the sensitive artist, and Guru Dutt is right on top of that list. I have had the story for a long time and I am glad we finally wrote it and are almost done filming it."

READ | R Balki ropes in Pooja Bhatt, Shreya Dhanwanthary and Sunny Deol for upcoming thriller
READ | R Balki clears air around Amitabh Bachchan being part of next film: 'He has to be there'

WE RECOMMEND
From 'Padman' to 'Mission Mangal', filmmaker R Balki's net worth is a blockbuster
After Mammootty, Mohanlal, Dulquer Salmaan receives UAE's Golden Visa; See pics
Kangana Ranaut's team calls out R Balki as Alia Bhatt's 'Sadak 2' trailer faces flak
R Balki clears air around Amitabh Bachchan being part of next film: 'He has to be there'
R Balki ropes in Pooja Bhatt, Shreya Dhanwanthary and Sunny Deol for upcoming thriller
Listen to the latest songs, only on JioSaavn.com