Did Tara Sutaria, Aadar Jain Confirm Their Relationship With THIS Video From U2 Concert?

Tara Sutaria & Aadar Jain, who are being papped on various occasions together seem to have confirmed their relationship of sorts at the recent U2 concert

Tara Sutaria & Aadar Jain, who are being papped on various occasions together seem to have confirmed their relationship of sorts at the recent U2 concert that took place in Mumbai. Aadar took to his Instagram story to share a video of U2 performing their smash hit Beautiful Day at their concert in Mumbai on Sunday night, and wrote, “When I’m with you…@tarasutaria.” Tara reshared it on her own Instagram story and wrote, “Always with you,” followed by a heart. Watch the video here:

Here's the snippet, take a look below- 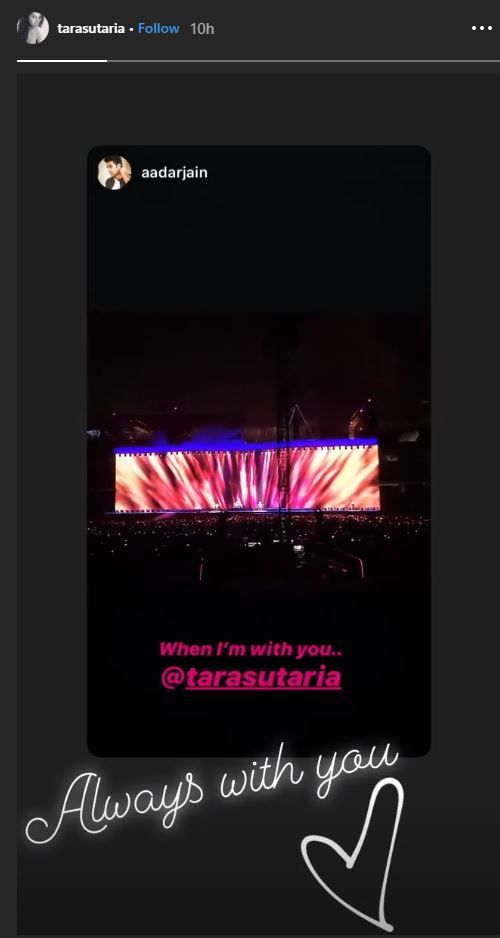 Just a day prior, Tara Sutaria was spotted at Armaan Jain's Roka ceremony and from the night a video that went viral, where Aadar can be seen greeting and hugging Tara as he welcomes her into the house. In a recent interaction with a news publication, the actress cleared the air around her relationship and confirmed that Aadar is indeed 'special' to her. Dishing out more details, she stated that they enjoy going out and spending time together. Reportedly, Tara and Aadar met and connected through at a gathering of common friends and seem to have broken ice quite quickly. 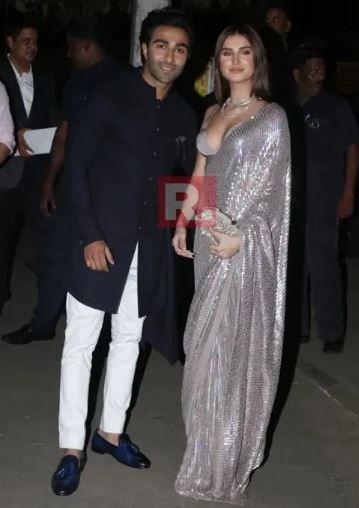 Tara Sutaria who debuted with Student of the Year 2 was last seen in the film, Marjaavaan. The movie is an out-and-out action-romantic film, directed by Milap Zaveri. The film also stars Sidharth Malhotra, Riteish Deshmukh, and Rakul Preet Singh. She is paired opposite Sidharth Malhotra in the movie.

Tara had made her debut with Student of the Year 2 earlier this year. Another film that she has signed is the remake of RX 100, which will be the launchpad for Suniel Shetty’s son Ahan Shetty.