'Malang' star Disha Patani took to her Instagram story, to praise Tiger Shroff’s Baaghi 3 trailer. Read on to know what Disha had to say about it

Tiger Shroff is all set with the third instalment of the popular Baaghi franchise. After the fantastic performance of Baaghi and Baaghi 2, Baaghi 3 made headlines ever since the movie’s announcement. The trailer of Baaghi 3 was recently released and it received a thunderous response from the audience. Read to know what Disha Patani had to say about the trailer of the film. 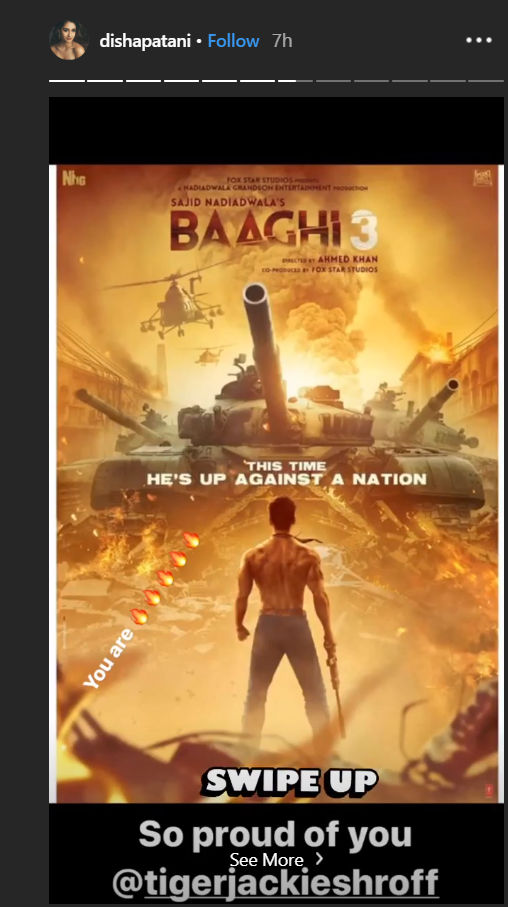 Baaghi 3 Trailer shows Vikram (Ritesh Deshmukh) getting kidnapped by people who are ‘not supposed to be messed with’. Over a video call, Ronnie (Tiger) witnesses his brother getting beaten and kidnapped. Tiger as Ronnie will do whatever it takes to destroy anyone and anything that stands in the way of Vikram’s safety. Within minutes of the incident, Ronnie goes on a rampage of destruction to bring his brother safely back home, even if it means that he independently has to take on an entire country.

About the movie Baaghi 3

Helmed by Ahmed Khan, Baaghi 3 is bankrolled by Sajid Nadiadwala. Along with Tiger Shroff, Baaghi 3 features Shraddha Kapoor and Riteish Deshmukh in prominent roles. The movie will theatrically release on March 6, 2020