Ranveer Singh comments on Kapil Sharma's picture as he introduces his daughter to the world. Fans ask Ranveer when he will give the good news. Read on.

Actor and comedian Kapil Sharma and his wife Ginni Chatrath welcomed their first child in the month of December 2019. The couple was blessed with a baby girl last month. Kapil Sharma took to his Instagram recently to post a picture of his new-born baby. He also disclosed the named of his child. He wrote that the name of his daughter is Anayra Sharma. Check out the adorable post here.

In the post, the baby girl can be seen wearing white coloured clothes. In another picture, Kapil Sharma is seen holding Anayra while her mother Ginni is seen standing beside Kapil. While celebrities and fans have commented on the post, netizens couldn’t help but be ecstatic that ’83 star Ranveer Singh has also commented on the post. Check out Ranveer has commented. 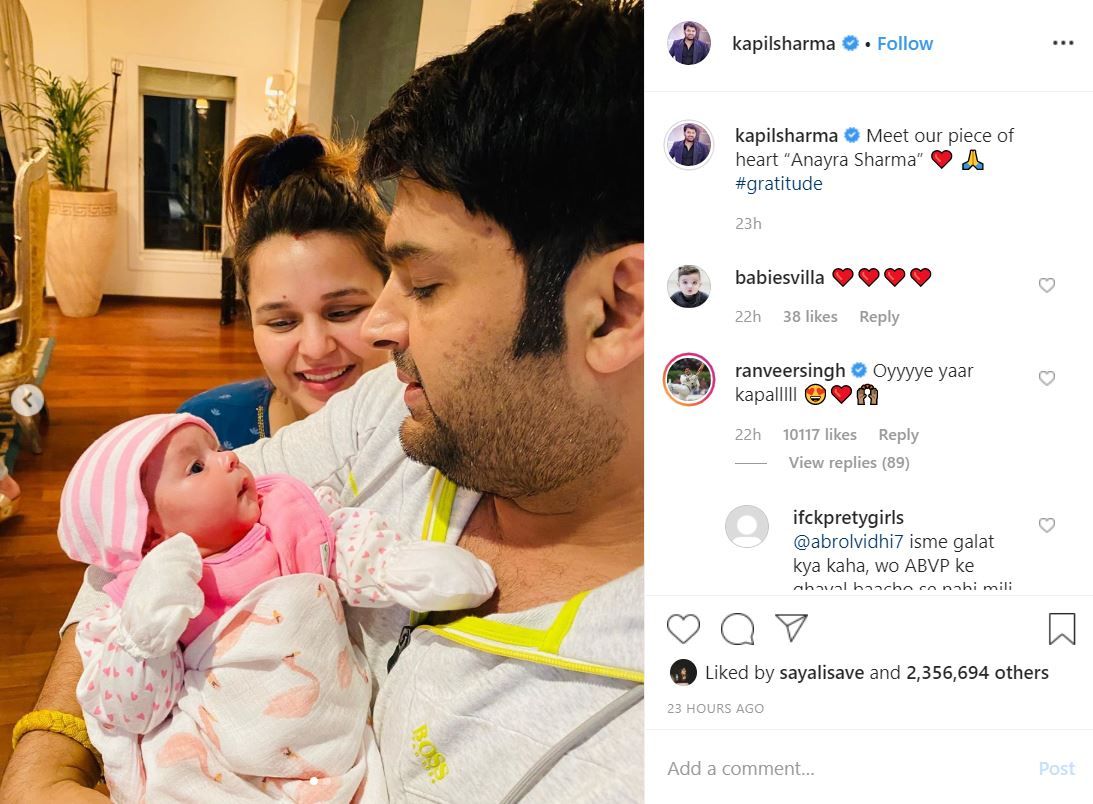 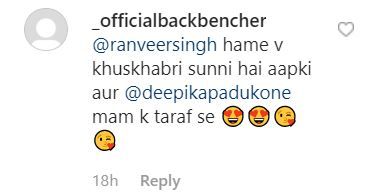 Netizens are asking Ranveer when is he going to give him the ‘good news’. Many also asked him when will he show them a glimpse of his child. Ranveer Singh tied the knot with his Padmavaat co-star Deepika Padukone a year ago. Netizens are waiting for Ranveer and Deepika to announce the good news as well. Ranveer Singh and Kapil Sharma are reportedly very good friends. Ranveer Singh has often come on The Kapil Sharma Show and the two have had a blast. The duo on the show is seen having a blast as Ranveer cannot stop laughing on Kapil’s show.

Ranveer Singh is currently busy with his upcoming sports biography '83. Ranveer plays the role of Kapil Dev in the movie which is based on India's victory at the World Cup in 1983. The movie also stars Chhapaak shat Deepika Padukone amongst others. The movie will reportedly release in three languages including Hindi, Tamil and Telugu. '83 is set to hit the theatres on April 10, 2020.