Prateik Babbar Dubs In Gruff Voice, Fans Think He Should Be The Next 'Batman'

Prateik Babbar is a popular star in Bollywood. The actor uploaded a dubbing video in a gruff voice and fans think that he should be the next video. Check it out

Prateik Babbar is a well-known name in the industry. He has appeared in movies such as Baaghi 2, Mulk, Chhichhore and has received praises from the audiences for his performance. In a recent video, the actor is dubbing and fans matched his voice with that of DC Comics superhero Batman. Read to know more.

Prateik Babbar is quite active on his social media handle of Instagram. He keeps his followers regularly updated with pictures and videos from his training and upcoming projects. The Ekk Deewana Tha star did the same in two recent videos that he uploaded on Instagram.

In the video, Prateik Babbar is seen dubbing for his next project. The depth in his voice in the first video was compared to 'The Batman' who also has a deep voice. Soon fans started commenting and some even suggested that he should be the next Batman. Take a look at the videos and comments. 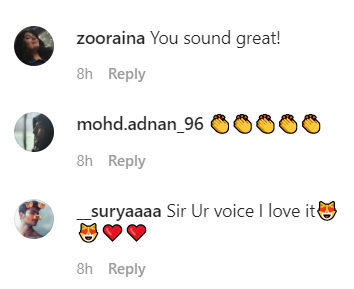 However, this is not the first time when Prateik Babbar has shared a video from his dubbing. Even earlier he uploaded videos from his dubbing. Some even consisted of curse words in which he mentioned in the caption that it is an explicit content and parental advice is needed. Check out some of his dubbing videos.