Farah Khan reacted to the failure of 'Tees Maar Khan' in a recent interview. She said that people took a lot of joy in it and she realised it's boy's club.

Sheila Ki Jawani is considered among the biggest chartbusters in the Hindi cinema in the last decade. However, that perhaps is the only aspect of Tees Maar Khan that audiences remember. With Farah Khan seeking a hat-trick after Main Hoon Na and Om Shanti Om and with Akshay Kumar-Katrina Kaif as the lead, the film looked destined for success, at least on paper.

However, the movie turned out to be failure at the box office. As the choreographer-turned-director bounced back with the Rs 200-crore hit Happy New Year, Tees Maar Khan remains the only aberration in her career as a filmmaker. In a recent interview with an entertainment portal, Farah opened up on how the debacle of the movie affected her. 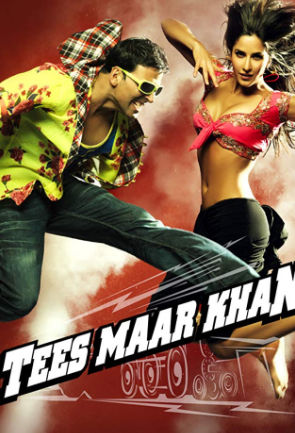 Farah stated that the movie’s failure helped her understand who the ‘fake friends’ of her life were. She added that she was unsure if people’s perception about her changed, but he was sure about people being delighted about the film not living up to the expectations. Farah added that the glee was such that people exulted ‘'Oh thank god this one didn't do well.'

READ: Farah Khan Reveals Conscious Effort To Not Have A 'Muslim Villain' In 'Main Hoon Na'

The 55-year-old shared that it made her realise that it was ‘boy’s club’ and they did not want any ‘small or big girl’ in it.

Farah added that another thing Tees Maar Khan taught her was to be kinder since it taught her that ‘karma is a b****h.”

When the Universe conspires to give u what you couldn’t even imagine ..excited & Emotional both,to be on this journey with my dearest #RohitShetty .. together with the Lov we hav 4 Films,we will create “the Mother of All Entertainers”!Lov u Rohit♥️. @RSPicturez @RelianceEnt pic.twitter.com/rMeKKoMmDW