Farhan Akhtar And Other Celebs Who Recited Poems During Lockdown; Read Here

Farhan Akhtar is one of the popular actors in Bollywood. Farhan and some other B-town celebs recently wrote poems during the lockdown. Read on to know more.

Bollywood celebrities who wrote poems during the lockdown

The actor recently took to his Instagram to post a video on a poem he wrote. The poem is known as Toh Zinda ho tum - Corona version.  Toh Zinda Ho Tum is also a popular poem of the actor from Zindagi Na Milegi Dobara. Many celebrities replied to the post, including Hrithik Roshan who was also seen in Zindagi Na Milegi Dobara. Hrithik Roshan commented 'Light hearted yet heavy' on the post. 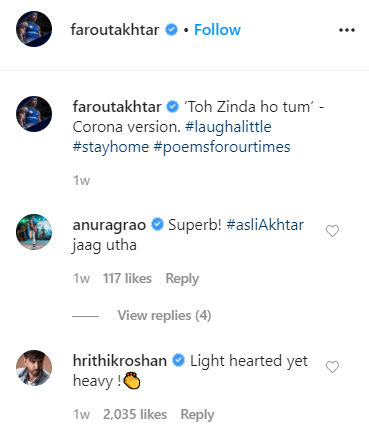 On Earth Day, Alia Bhatt wrote a beautiful poem. She posted the poem on her social media and Zoya Akhtar, Madhuri Dixit and many celebs replied to the post. The post has gained over 2.3 million likes on Instagram. 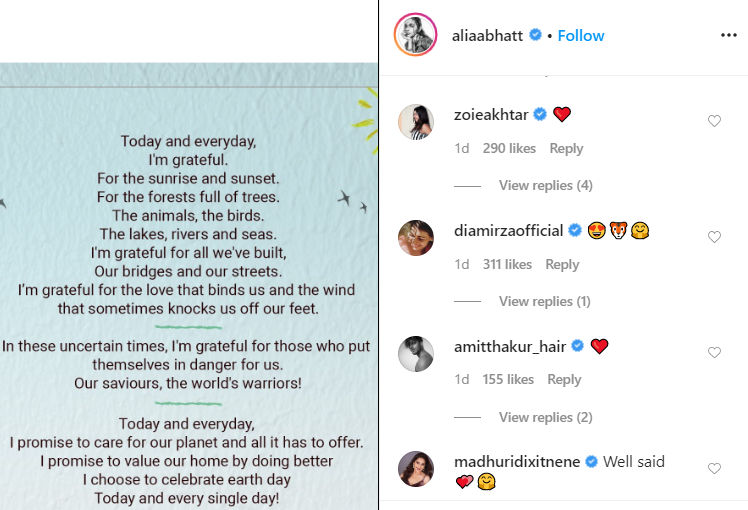 The actor named her poem as Tham jaa, Theher jaa. Kriti Sanon recited the poem to her fans in Hindi and she also mentioned that she wrote a poem in Hindi after a long time. Kriti Sanon's post gained over 2.4 million likes on Instagram.

The Gully Boy actor posted an image on his social media recently that gained over 41.5k views. He had written a poem during his quarantine.  Siddhant Chaturvedi has also entertained his fans with his music videos on Instagram.

PEOPLE HAVE PLEDGED SO FAR
LATEST NEWS
View all
1 hour ago
From a salute to Sonu to 'Boycott China'; Here's Entertainment news recap of the day
3 hours ago
Arshad Warsi joins Sonam Wangchuk's initiative, says, 'going to stop everything Chinese'
2 hours ago
'Because I'm just a human who's allowed to...': Zaira Wasim returns to Twitter, Instagram
1 hour ago
Tapsee Pannu mourns grandmother's death with heartfelt post, says she 'will stay forever'
2 hours ago
Ananya Panday paints first unofficial poster of 'Khaali Peeli'; fans call it 'struggle'