Isabelle Kaif's next movie opposite Pulkit Samrat, Suswagatam Khushamadeed has gone on floors; Kaif shared a picture of her 'Noor' avatar on her Instagram.

After starring in several international features, Katrina Kaif's sister, Isabelle Kaif will now be seen in a Bollywood film titled Suswagatam Khushamadeed opposite Pulkit Samrat. She plays the character of Noor in the upcoming movie that talks about social harmony. The actor has been shooting for a period of 10 days now and has been sharing constant updates from the sets. In a recent Instagram post, Isabelle shared a picture while she donned a red salwar kurta on the sets of the movie, take a look here.

Isabelle Kaif is all set to make her Bollywood debut soon with Suswagatam Khushamadeed. The actor has been sharing constant updates as she is shooting for the film. She recently took to her Instagram feed to share a picture while she was in the costume of her character Noor. Kaif had a wide ear-to-ear grin on her face and donned a suit with a red and gold dupatta with it.

Isa donned minimal makeup and jewellery look, with just a bunch of bangles in her right hand. For the caption, she wrote, “Hi from Noor” followed by three emojis and the hashtag #OnSet. The post has received over 29k likes so far and fans have been showering the picture with a lot of love. Take a look at some of the comments here. 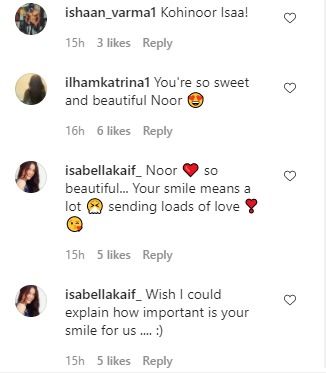 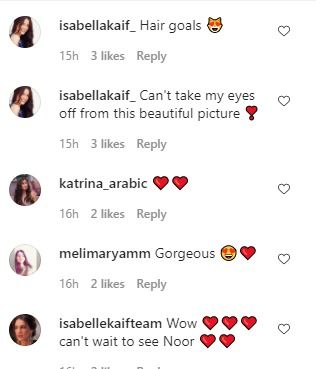 Followed by this, Isabelle also shared a video of her on the Instagram stories in the same avatar. The video was captured in the same spot as the picture, with lush green trees in her background. Isabelle added the hashtag #SuswagatamKhushamadeed and added ‘Day Nine’ atop the video, take a look. 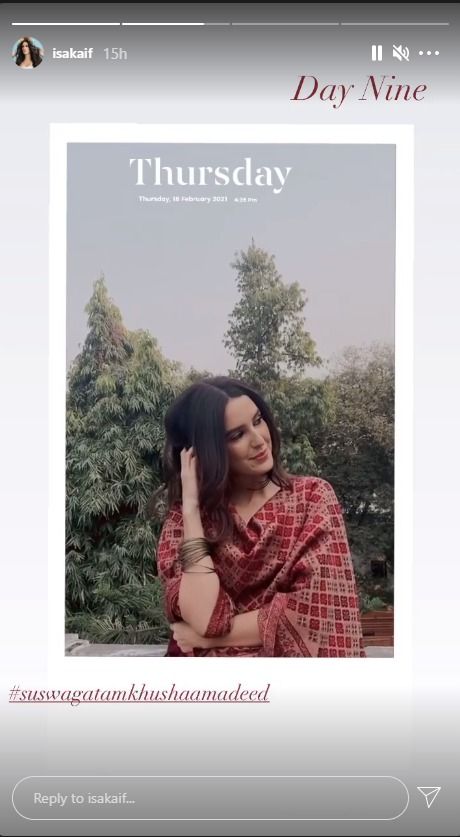 Isabelle shared the first look poster of the movie last month, on January 21, 2021. The couple of pictures that she shared featured her and co-star Pulkit Samrat, who is playing a character named Aman. She wrote along with the post, “Namaste - Aadaab Ab hogi jaldi aapse mulaqaat! So excited to share with you guys the first look of #SuswagatamKhushaamadeed”. The movie is directed by Dhiraj Kumar and written by Manish Kishore. The romantic comedy is backed by Yellow Ant Productions.