Isabelle Kaif, who turned 30 on Jan 6, shared a snippet from her birthday celebration on Instagram and thanked everyone for their wishes 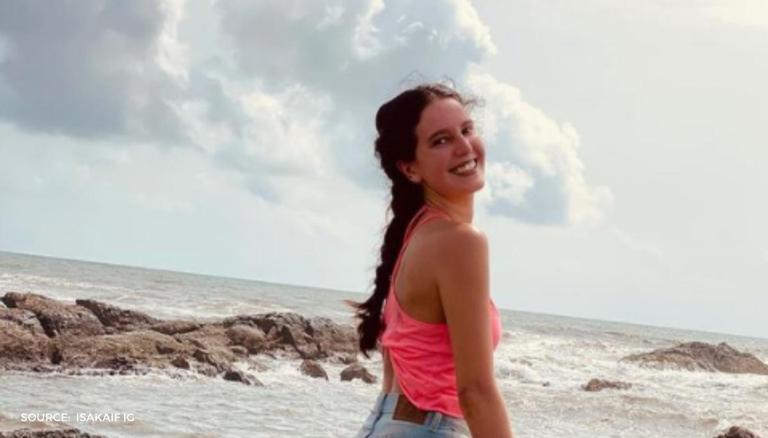 Isabelle Kaif turned 30 on January 6 and the ollowing day, the actor shared a short video with her birthday cake which has an intriguing and fun design; while she also thanked everyone for their birthday wishes. Take a look at the video and the 'big kiss' she sent everyone's way.

On January 6, 2021, Isabelle Kaif celebrated her 30th birthday. Many from the film industry wished her on her big day which she had also shared on her Instagram stories. She later took to the photo-sharing platform to share a quirky video of her along with her birthday cake. She also thanked everyone for the wishes and love in her caption.

She wrote, “Thank you everyone for the Birthday wishes and flowers and cakes and presents and calls and all the love. You guys are the best...sending you all a big kiss”, followed by heart emojis. The video has received a lot of love from her fans in the comments and has been liked over 13k times within an hour of being shared. Take a look at some of the comments here. 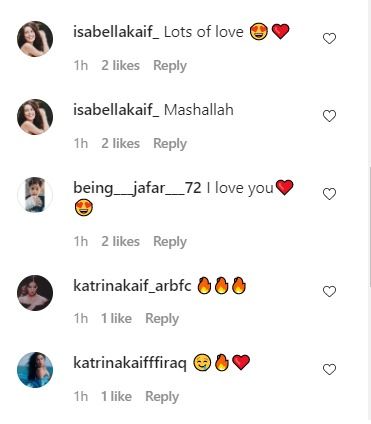 Katrina Kaif took to her Instagram to wish her younger sister Isabelle on her birthday. She shared a fun video of the two and wrote ‘Happiest birthday sister, here’s to taking all of life’s turns together’ followed by a heart and smiley emoji. Isabelle replied to this with three hearts, while Deepika Padukone also wished her in the comments and wrote, ‘Happy Birthday fellow Capricornian!’ and added a red heart emoji. 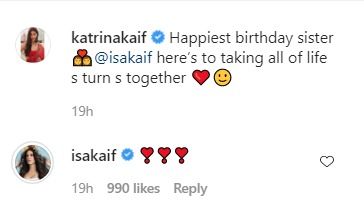 Isabelle Kaif on the Work Front

Isabelle was recently seen in the music video Mashallah. The model who is a popular name in the fashion domain will be seen making her debut appearance on the silver screen with the movie Kwatha opposite Aayush Sharma of Love Yatri fame. The movie is to be directed by Karan Lalit Butani.