Jassie Gill shared a throwback picture where he was seen washing cars. The actor further opened up about his struggling days before becoming famous

Singer-actor Jassie Gill dug into the archives and shared a throwback picture from his college days, when he worked as a car-washer in Australia. The picture, which was shared on his Instagram stories, is from 2009-10. Jassie took up a job as a car-washer when he visited his sister in Australia for three months as he needed money to finance his debut album. Reportedly, Gill worked tirelessly and saved every penny so that he could make his dream come true.

READ: Jassie Gill Says Panga Made Him Realise That He Never Asked His Mother About Her Dreams

Earlier, in an interview Jassie recounted those days and informed that he would get paid $60 per day and went to work even on Sunday. He added, "In those 90-odd days, I missed work just once when heavy rains made it impossible to commute. I slogged from 8 am to 6 pm, reporting to a supervisor at the garage”. Speaking about the difficulties of the job, the singer claimed that he had to bend down all day as part of his job and thus suffered from acute backache and body pain, but for him all that mattered was that he was earning his own money.

READ: Jassie Gill Says Panga Made Him Realise That He Never Asked His Mother About Her Dreams 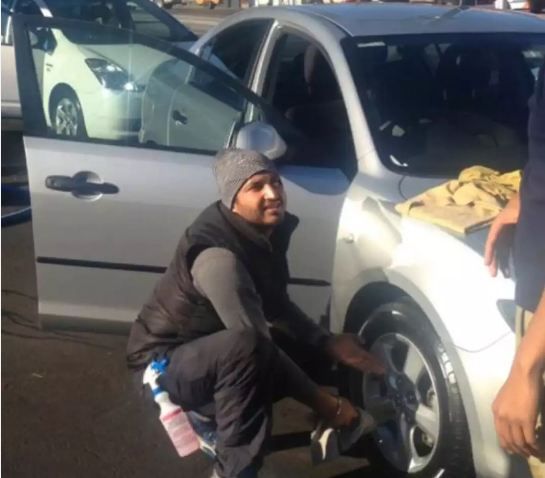 When asked if he would prioritise acting over singing now, Jassie told a news agency earlier this year, “I don’t think that this (acting) will affect my singing career. Acting and singing have been parallel for me because I started acting through my songs (music videos). So, I don’t think that way. It’s become so easy nowadays that you can sit in your room and make music. So, whenever I get time I make music.”

READ: Jassie Gill Says That He Will Not Miss His Friend Hardik Pandya’s Wedding

PEOPLE HAVE PLEDGED SO FAR
LATEST NEWS
View all
54 mins ago
Urvashi Rautela or Nia Sharma: Who wore tulle ensemble better?
38 mins ago
Dia Mirza joins Bhumi Pednekar's 'One wish for the Earth campaign'; watch
2 hours ago
Amitabh Bachchan's 'Mahaan' was the only film where he played three different characters
1 hour ago
Vikas Khanna describes dish named after Sonu Sood, says 'it has all elements of India'
6 mins ago
Basu Chatterjee’s 10 best 'feel good' movies to add to your watch-list