Kangana Calls Herself 'most Mimicked Superstar After Bachchan', Takes Dig At Taapsee Pannu

"She is a true fan, dedicated her whole existence to study and impersonate me to the point of dessolution it is rather impressive," wrote Kangana for Taapsee

Kangana Ranaut and Taapsee Pannu's cold war or war of words continue. In a fresh set of attack, Kangana Ranaut on Sunday took a sharp sarcastic dig at the Thappad actor after a fan wrote alleged that Taapsee "copied" Kangana's magazine photoshoot. For those unaware, Kangana's sister Rangoli had once called Taapsee "a sasti copy of Kangana" and the two actors have been involved in Twitter feud time and again since then.

A fan on Twitter shared Taapsee's latest magazine picture and wrote, "And she copied Kangana for 1000th time!!". To this, Kangana reacted and wrote, "Ha ha ha I am flattered, she is a true fan, dedicated her whole existence to study and impersonate me to the point of dessolution it is rather impressive, also no other female superstar has taken over pop culture the way I have I am the most mimicked superstar after Mr Bachchan."

Hours later Taapsee shared a 'Thought of the day' by Rober A Heinlein on her Twitter handle and wrote, "A competent and self-confident person is incapable of jealousy in anything. Jealousy is invariably a symptom of neurotic insecurity." This tweet triggered many Kangana Ranaut fans who then started trolling Taapsee. Kangana too didn't back down and replied to a series of fans with sarcastic jibes at Taapsee and her art.

And she copied Kangana for 1000th time !!! pic.twitter.com/dImgDziYhJ 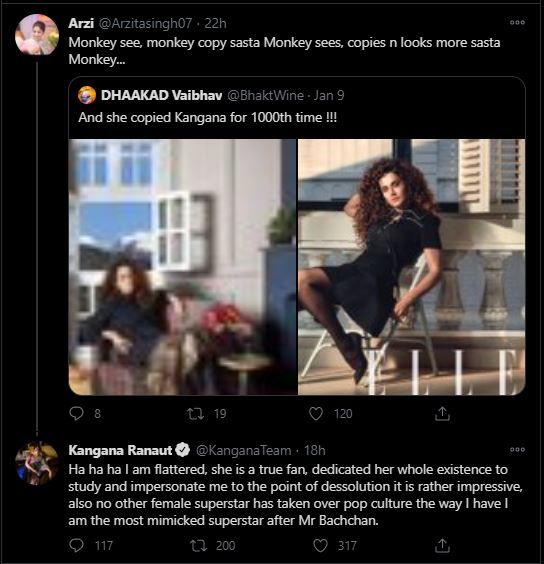 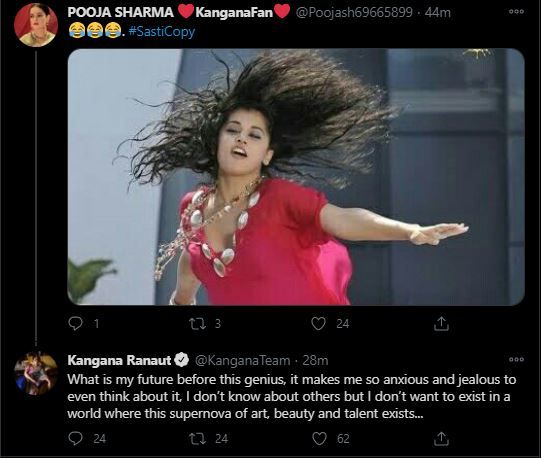 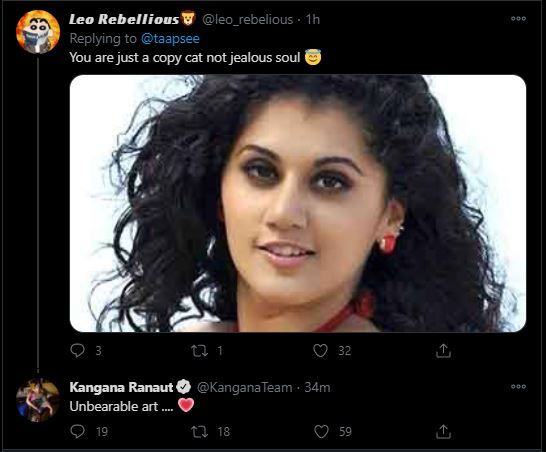 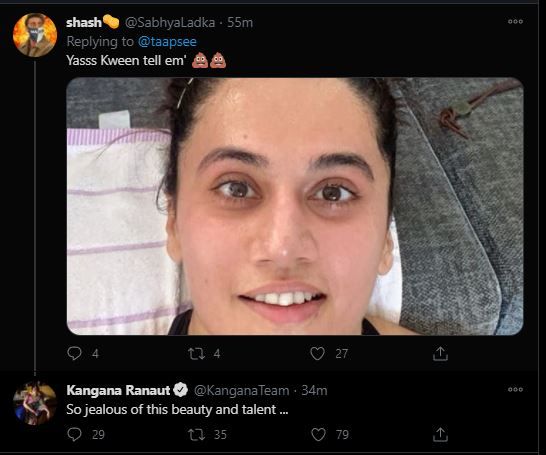 Kangana Ranaut has been sharing moments from the preparation session of Dhaakad. Right from script reading session with the crew, which also includes Divya Dutta, brunch gatherings, where she introduced French director of photography Tetsuo Nagat and director Razneesh Ghai, she has been raising the excitement among her fans.

Kangana Ranaut plays a Lara Croft-like character in the movie. The movie had first been announced and the first look shared in 2019 and had been gearing up for release on Diwali 2020. However, the COVID-19 pandemic delayed the venture, which is now likely to release next year.

Apart from Dhaakad, Kangana will be seen in Thalaivi next year. The actor has stepped into the shoes of former Tamil Nadu Chief Minister Jayalalitha. Her look had become a talking point. The Tanu Weds Manu star is also playing the role of an Air Force in the movie Tejas.