Kangana Ranaut is all set to release her action spy thriller film 'Dhaakad'. The film would mark Bollywood's first high-octane spy thriller led by a female. 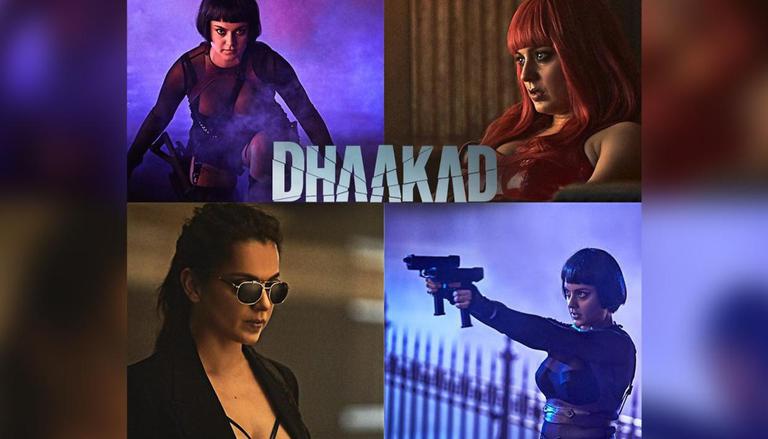 
Kangana Ranaut recently starred in the biopic film Thalaivii and is currently garnering praise for the same. While Thalaivii couldn't get a theatrical release, Kangana is set to return to theatres with her action spy thriller film Dhaakad. The film would mark Bollywood's first high-octane spy thriller led by a female superstar. Moreover, it is also the country's most expensive woman-centric film. While the film is still under production, Kangana Ranaut recently announced the Dhaakad release date.

The Queen actress recently took to her social media handles to announce Dhaakad's release date. The actor shared four different looks of herself from the film and introduced her character -- Agent Agni. Sharing the looks, Kangana announced the film will release on April 8, 2022. She wrote, "She is fierce, feisty and fearless. Agent Agni is all geared up to set the big screen on fire. Bringing to you the action spy thriller Dhaakad that will hit theatres on 8 April 2022!"

Apart from Ranaut, Dhaakad also stars Arjun Rampal and Divya Dutta. Ranaut is slated to play the role of Agent Agni. The film's plot revolves around the subject of child trafficking and women's exploitation. The film's shooting took place in Bhopal, Mumbai and Budapest. The film's and its actors' first look has set the tone of a gritty, gory and pacy thriller. It is being helmed by Razneesh Razy Ghai, while Sohel Maklai and Deepak Mukut are bankrolling it. The film is being presented by Soham Rockstar Entertainment in association with Sohel Maklai Productions, Kamal Mukut and Asylum films.

Kangana Ranaut has worked utterly hard for the upcoming spy thriller. She did her stunts on her own and also trained herself for her fighting sequences. Talking about the film's theatrical release, Kangana said, "Dhaakad is the kind of film that's best relished on big screens. It is a deeply stirring subject and we have made it on a scale that only theatres could do justice to. The layered story at the heart of it needs to reach out to masses and I am certain, the film will speak to women across the board." She further added how she cannot wait for the audience to watch the film.