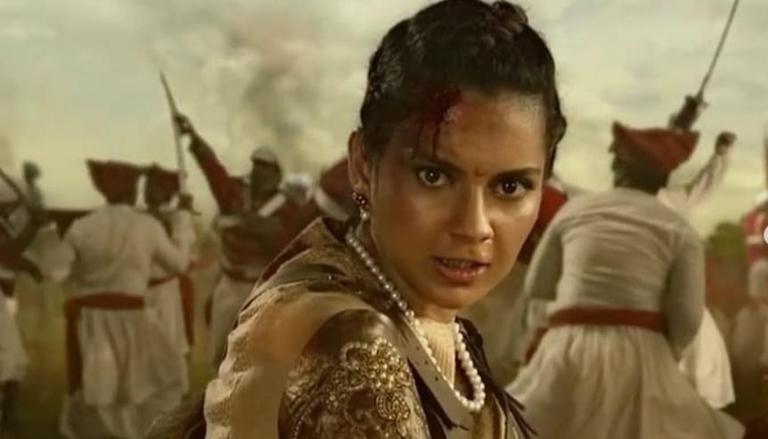 Image: A Still from Manikarnika


As Kangana Ranaut's 2019 movie, Manikarnika: The Queen of Jhansi garnered love and praises from the fans, she recently shared a delightful piece of news for them informing them about its special screening.

Directed by Radha Krishna Jagarlamudi and Kangana Ranaut, the movie was based on the life of Rani Lakshmi bai of Jhansi with Ranaut essaying the lead role.

Manikarnika: The Queen of Jhansi's special screening at Embassy of India, Beirut

Kangana Ranaut recently took to her official Instagram handle and unveiled an announcement revealing that the Embassy of India in Beirut was organising a special screening of the movie, Manikarnika: The Queen of Jhansi to commemorate the First War of Independence of 1857 as a part of Azadi Ka Amrit Mahotsav. Stating further, it was also stated how the movie was a celebration of the patriotism and bravery of Rani Lakshmi Bai of Jhansi. The following tweet revealed glimpses of the successful screening of the film. Take a look-

#AmritMahotsav
To commemorate First War of Independence of 1857, the Embassy is organising a special screening of movie #Manikarnika, a movie celebrating patriotism & bravery of Rani Laxmibai of Jhansi. @MEAIndia@IndianDiplomacy @AmritMahotsav pic.twitter.com/8BkrbxKdRY

Enthusiastic participation by the Indian community & Lebanese friends of India in today's screening of #Manikarnika at the Embassy as part of #AmritMahotsav.
Thanks to Zee Studios for making it possible. pic.twitter.com/DwnCXEu54R

Many fans were elated to hear the announcement and celebrated this achievement by dropping in hearts and fire emojis. Some fans also expressed their amazement by adding heat-eyed and star-eyed emojis in the comments. Take a look-

All about Manikarnika: The Queen of Jhansi

Featuring Kangana Ranaut in the lead essaying the role of Rani Lakshmi Bai, the movie was released on around 3700 screens in 50 countries worldwide on 25 January 2019. It was a massive hit among fans all around the world and even broke several box office records while ranking as one of the highest-grossing women-centric films in India. Apart from Kangana, other popular cast members of the movie included talented actors namely Jisshu Sengupta as Gangadhar Rao, Laxmibai's husband, Atul Kulkarni as Tatya Tope, Richard Keep as General Hugh Rose, Mohammed Zeeshan Ayyub as Sadashiv, Lakshmibai's brother-in-law, Danny Denzongpa as Ghulam Ghaus Khan, Suresh Oberoi as Bajirao II, Edward Sonnenblick as Captain Gordon, Vaibhav Tatwawaadi as Puran Singh, Ankita Lokhande as JhalkariBai, Yash Tonk as Rao Tula Ram, Katelyn Rodrigues as Little Manikarnika and many others.

The soundtrack of the film was composed by Shankar-Ehsaan-Loy while the lyrics were written by Prasoon Joshi. The movie was released in the Hindi language along with Tamil and Telugu dubbed versions. Kangana Ranaut received the 67th National award as Best Actress for her performance in the film.

Image: A Still from Manikarnika