Kareena Kapoor Khan shared a picture of her girl tribe, to which Amazon Prime Video made an interesting comment. Check out Kareena's response to the comment.

As to keep fans engaged during the lockdown period, Bollywood celebrities are leaving no stone unturned to entertain their fans with their quarantine posts and throwback pictures on social media platforms. Recently, Kareena Kapoor Khan shared a throwback picture of her girl gang, to which the officials at Amazon Prime hinted a third season of the much-acclaimed Amazon original, Four More Shots Please. Responding to the same, Kareena Kapoor Khan made an interesting comment. Read details.

Kareena Kapoor Khan took to her official Instagram handle to share a picture of her girl tribe, Malaika Arora, Amruta Arora Ladakh and Karisma Kapoor. As soon as the picture was posted online, fans of the actor were quick to respond and appreciated their bond. Streaming giant, Amazon Prime too, chimed in the comment section and wrote: "y'all deserve a separate show". Responding to the same, Kareena Kapoor Khan wrote: "I know where you are headed- You're suggesting Four More Shots Season 3, Ryt?". Take a look at the picture: 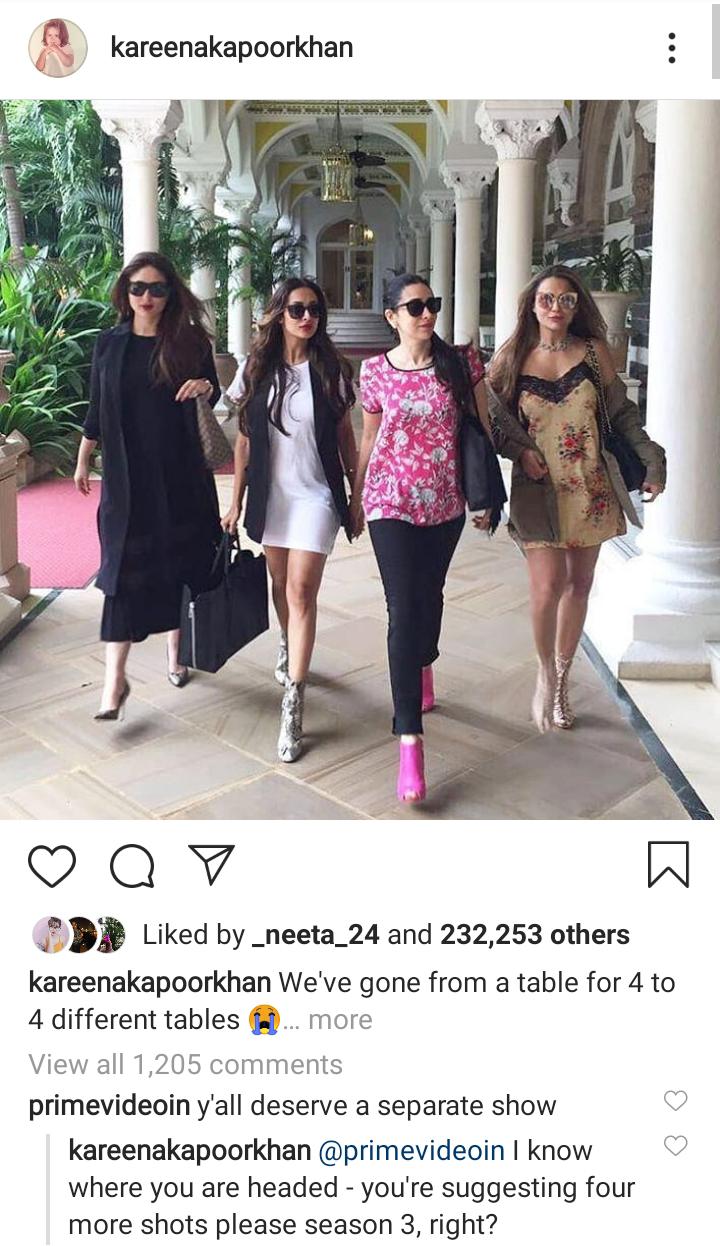 Kareena Kapoor will also be seen sharing the screen space with Ranveer Singh, Alia Bhatt, Bhumi Pednekar, Vicky Kaushal and Janhvi Kapoor in the much-anticipated period drama, Takht. As per reports, Kareena will be seen as Jahanara Begum onscreen. Reportedly, Kareena is also currently in talks for a sequel to Veere Di Wedding.