Kareena Kapoor Khan's picture with Taimur Ali Khan on Instagram is nothing but 'Adorable'. A look at the 'Angrezi Medium' actor's pic that stormed the internet.

Kareena Kapoor Khan recently made her official Instagram debut, taking the internet by storm. The Angrezi Medium actor who is known for her bold and witty replies during interviews has time and again mentioned that being on social media is a 'big responsibility' and hence she likes to be away from the social spectrum. But now, on fans demand, Bebo in on Instagram, leaving many drooling. Speaking of which, her recent picture with Taimur Ali Khan has set the internet on fire.

Kareena Kapoor on Saturday afternoon planned to treat her fans with yet another post on her official Instagram account. Sharing an adorable photo with her little munchkin Taimur Ali Khan, in the caption, she says, 'The only one I will ever allow to steal my frame', followed with many hearts and balloon emoticons. Fans in huge numbers cascaded to comment on Kareena Kapoor's Instagram post with Taimur. Take a look.

Also Read | Hina Khan Surely Loves Hairbands And These Pictures Prove It Right; Check Them Out 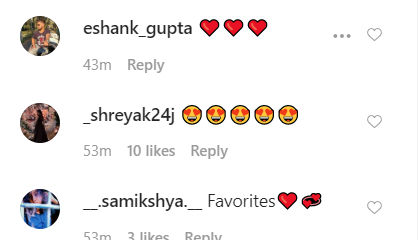 The Good Newwz actor first teased her fans by sharing a video of a cat running through the screen and captioned it as "Coming Soon". While netizens were all excited over the announcement, Kareena Kappor's Instagram followers increased in huge numbers. Kareena Kapoor's Instagram post received comments from not only fans but Bollywood celebrities too. Check out her first post here. 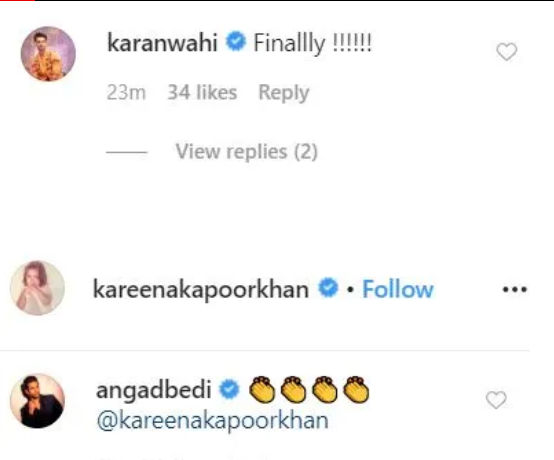 Meanwhile, on the professional front, Kareena Kapoor's next starring Irrfan Khan and Radhika Madan in the leading roles, Angrezi Medium is the spin-off to the 2017 comedy entertainer, Hindi Medium. The movie featured Irfan Khan, Saba Qamar, and Deepak Dobriyal in the lead roles. Helmed by Homi Adajania, Angrezi Medium is produced under the production banner- Maddock Films.

Kareena will also be seen in Laal Singh Chaddha, opposite Aamir Khan, which will release on Christmas this year. The movie traces the tale of a man who has lower than usual IQ and the adventures that he has in life. Laal Singh Chaddha is helmed by Advait Chandan also stars Vijay Sethupathi in a key role.