Kartik Aaryan flaunted his new bearded look in his latest post while he was urging his fans to donate for the I for India concert. Check out his new look.

The 'I for India' concert was a noble initiative which was held on May 3, 2020, to raise funds for the nation's battle against the COVID-19 pandemic. Several celebrities like Varun Dhawan, Alia Bhatt and Tiger Shroff pledged their support to the cause. Kartik Aaryan was the latest celebrity to join the bandwagon to support the concert.

Kartik Aaryan recently took to his social media to share a picture of himself urging his fans to donate to the cause for which the concert was held. However, it was Kartik Aaryan's bearded look in the picture which stole the show and also garnered an immense appreciation from his fans.

Kartik Aaryan shared a picture of himself in a bearded look

Kartik Aaryan took to his social media to share a picture of himself holding a placard which had 'I for India' written on it. The actor requested all his fans to donate for the cause. Wearing a grey vest and a black cap, Kartik Aaryan also flaunted his beard which did not go unnoticed by his fans. Take a look at Kartik Aaryan's new look.

The Pyaar Ka Punchnama actor's new look garnered several appreciations from the fans. Designer Manish Malhotra too gave a thumbs up to Kartik's look. Take a look at some of the reactions on Kartik's post. 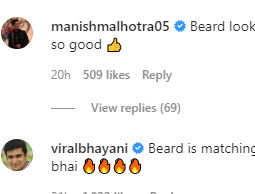 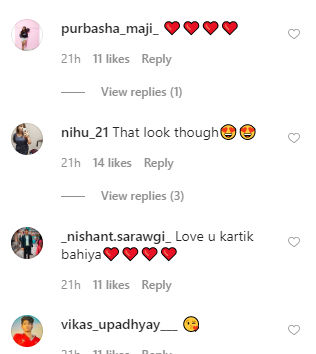 Meanwhile, Kartik's recent series Koki Poochega has also become a hit amongst the masses. With the series, Kartik Aaryan is extensively trying to spread awareness about the importance of staying at home. On Koki Poochega, Kartik Aaryan is also interviewing several people who are also working or contributing to fight COVID-19.

The Pati Patni Aur Woh actor has also interviewed a few people who have themselves battled the virus. The new episode of Kartik Aaryan's Koki Poochega series was recently out on YouTube and the actor also shared a teaser of this episode on his Instagram account. The new episode featured renowned health expert Luke Coutinho.

In the teaser of the recent episode which was unveiled by Kartik Aaryan sometime back, he spoke about the time when he was at the supermarket and he was buying bread. Kartik further said that the packet of bread had the words 'Gluten Free' written over it. So Kartik Aaryan made a hilarious revelation that he asked the cashier where his free gluten was. Take a look at the actor's post.

PEOPLE HAVE PLEDGED SO FAR
LATEST NEWS
View all
4 hours ago
Sanjay Dutt expresses love for mom Nargis in lovely tribute on her 91st birth anniversary
2 hours ago
Esha Gupta deletes all her Instagram posts but keeps one, Read details here
2 hours ago
Amitabh Bachchan shares heart-wrenching video showing plight of transgenders amid COVID-19
3 hours ago
'Man isn't a season, yet he changes': Anupam Kher ponders over the nature of change; Watch
3 hours ago
Ranveer Singh's comment on Kareena's 'kaftan' post shows he is a 'Bebo' fan for life; Read