Kiara Advani is currently gearing up for her upcoming movie 'Bhool Bhulaiyaa 2'. The actor just teased her fans with a BTS video from the sets of the movie.

Kiara Advani’s online presence has been one of the major buzz of Bollywood as the actor is quite active on her social media sharing pictures and giving updates about her movies to her fans. The actor would next be seen in the upcoming movie Bhool Bhulaiyaa 2 alongside Kartik Aaryan. Recently, Kiara Advani shared some BTS videos from the sets of Bhool Bhulaiyaa 2.

Recently, Kiara Advani shared two videos on her Instagram. These videos look like a shooting setup as the viewers can only see a few people in their shadow form. In the video, Kiara Advani and Kartik Aaryan can be seen working on something as Kiara Advani in the video is seen whipping her saree pallu. On the other hand, Kartik Aaryan is seen grooving softly.

The video also has a glimpse of all the crew members of Bhool Bhulaiyaa 2 including the director. They all seem to work on something which looks like a scene from the movie or a dance sequence. Kiara Advani also added the theme music of Bhool Bhulaiyaa’s first installment in the clips. 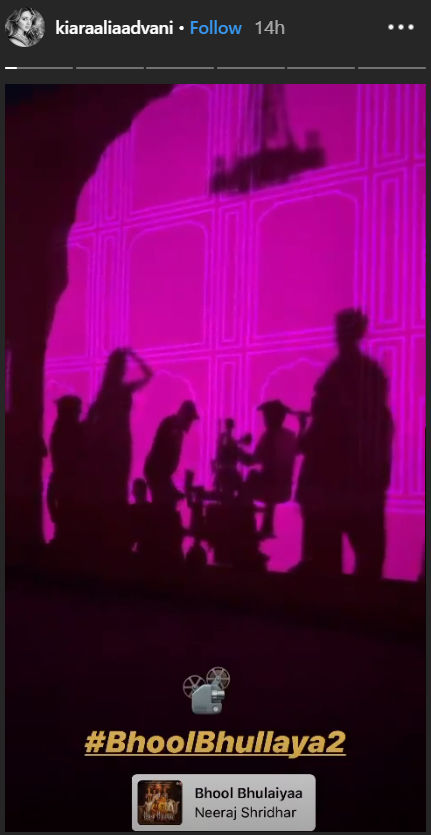 Also Read| Anees Bazmee: Attempt is to present Tabu in a different avatar in 'Bhool Bhulaiyaa 2' 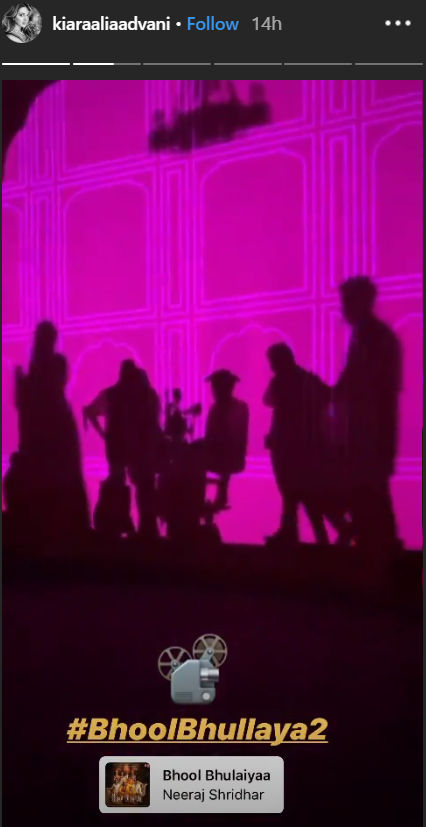 Also Read| Kartik Aaryan's Bhool Bhulaiya 2 to have a different plot, 2 songs from the original film