Kirron Kher On Working Amid Cancer Treatment; 'my Doctor Isn’t Letting Me Travel'

Actor-author Anupam Kher had informed earlier this year, about his wife Kirron Kher's diagnosis of multiple myeloma who is undergoing treatment for the same. 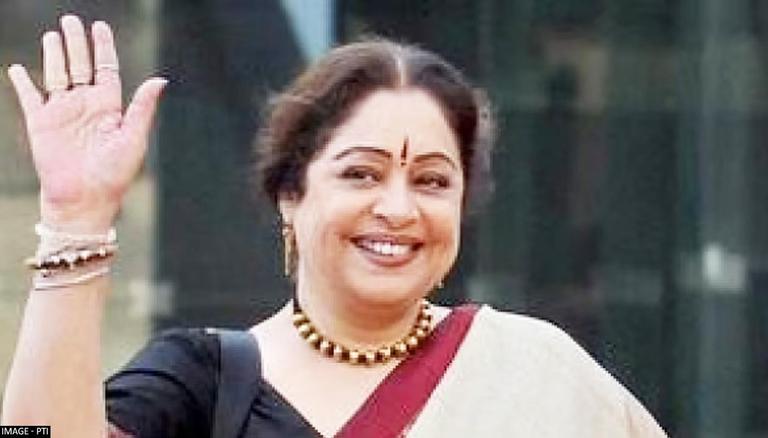 
Early this year, actor-author Anupam Kher had informed about his wife Kirron’s diagnosis of multiple myeloma and is undergoing treatment for the same. The actor turned politician who is still recuperating from her illness, has started to work from home. During her recent interaction with Hindustan Times, Kirron made a revelation that she had never stopped working.

The Main Hoon Na actor who is doing better now shared her thoughts on the same and said that she has been working even when she was hospitalised while undergoing treatment. She revealed that she has been in touch with people on call all along. Recently the actor also inaugurated an oxygen plant in Chandigarh, virtually. She had shared the pictures of the same on her Instagram and had thanked Prime Minister Narendra Modi for giving her the opportunity to do so.

Kirron Kher shares her thoughts on her cancer diagnosis and treatment

“Today PM @narendramodi Ji inaugurated oxygen plants all over India from PM Care funds. Chandigarh got 4. I was honoured to inaugurate 2 of them virtually. One @ GMCH 32 & another @ GMCH 48. Also was present @ PGI where HE Gov & Administrator Banwarilal Purohit Ji inaugurated (sic),” she wrote then. The actor further shared that since she is still recovering from the illness, she has not been advised by her doctors to travel anywhere, especially by air, since her immunity is slightly compromised due to the treatment.

READ | Kirron Kher shares a special birthday video for her that she loved the most; Watch

Unlike the perception that one emerges more positive after going through cancer, the Khoobsurat actor admits that it made her less positive but she carried on. She believes that this is not the ideal situation to be in, but she has accepted the fact that this is part of her life now and she has dealt to live with it. The 69-year-old actor still needs to visit the hospital once a month for maintenance therapy. She said that medical science still does not have a concrete answer to her illness and how it occurred.

In April this year, Anupam had given an update about the actor’s health while revealing the disease in a statement. He had tweeted, "Just so that rumours don't get the better of a situation Sikandar and I would like to inform everyone that Kirron has been diagnosed with multiple myeloma, a type of blood cancer. She is currently undergoing treatment and we are sure she will come out of this stronger than before. We are very blessed that she is being looked after by a phenomenal set of doctors. She's always been a fighter and takes things head-on[sic].”