Kundali Bhagya fame Ruhi Chaturvedi popularly known by the name Sherlyn got married to her long-time beau Shivendraa Om Saainiyol. Their wedding was a grand affair that was held in Jaipur. The wedding was done in a classic Marwari style.

After her marriage, Ruhi Chaturvedi shared an adorable picture of her wedding.  In the picture, Ruhi is seen in her wedding attire with husband Shivendra as her groom. The picture seems to be a post-wedding shot. The actor captioned the picture as "hooked, booked and cooked… Choro tho gayo". The hashtags in the actor’s caption were very interesting where she showed affection towards her husband. She wrote '#Shivkirooh' that is the short form of Shivendra’s Ruhi and '#fullfilmyshaadithi' which means a typical filmy wedding.

Plenty of television stars wished her a happy married life ahead and also commented on her picture. This includes Riddhima Tiwari, Reneedhi Sayal and Twinkle Vasisht, among others. Ruhi Chaturvedi is often seen posting cute pictures with Shivendra. 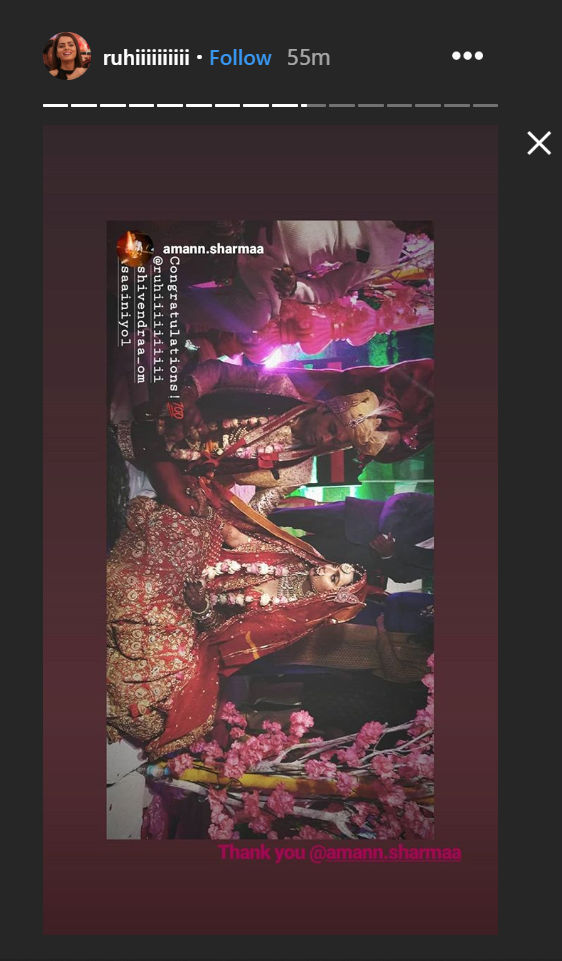 Shivendraa Saainiyol is also an actor and is currently a part of the Colors TV show Chhoti Sardarni. Ruhi and Shivendraa have known each other for the past thirteen years, according to a report in a leading daily. The couple got engaged earlier this year. In an interview with another daily, Ruhi had shared her wish to get married in Jaipur. The families of the two actors hail from Rajasthan. Shivendraa is from Jaipur itself, while Ruhi's family comes from Mukundgarh, Jhunjhunu. She also added that Rajasthan is known for its gorgeous palace-like properties for weddings.