In Kundali Bhagya's latest episode, Luthra family is busy with preparing for Karan and Mahira's engagement. But is Karan happy with his engagement? Find out

Kundali Bhagya is a romantic Indian television drama. The show has been on the air for over two years now and has a huge fan-base. The show is a spin-off of Kumkum Bhagya and is showcased on the channel Zee TV. It stars Shraddha Arya, Manit Joura, and Dheeraj Dhoopar. Take a look at Kundali Bhagya written update of the episode aired on December 5, 2019. 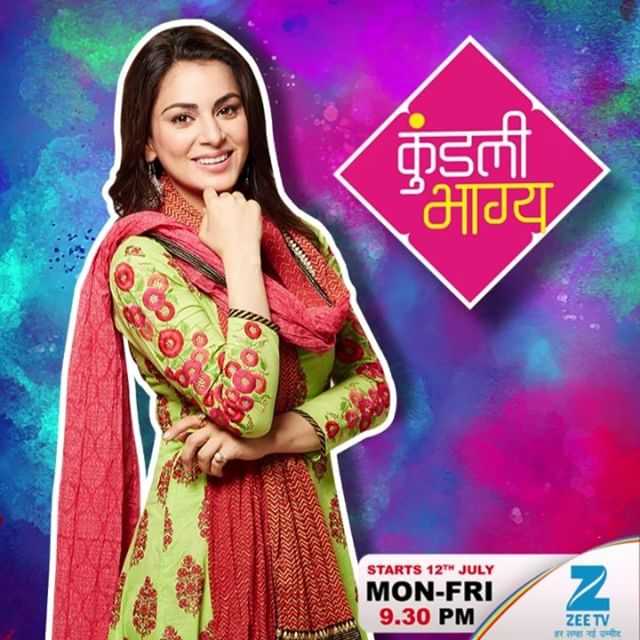 In the last episode of Zee TV's Kundali Bhagya, the Luthra family was busy preparing for Karan and Mahira's engagement. While Mahira's mother's happiness knew no boundary, Karan was a little upset due to growing confusion and tension between him and Preeta. Meanwhile, Shrishti and Sammy believed that Karan ruined Preeta and Prithvi's marriage by setting fire at the Kumkum Bhagya hall. Srishti planned to call Karan to enquire the same, who refused to agree to Shrishti.

On the other hand, Prithvi gained conscious to realise his futile efforts at marrying Preeta. He expressed his disappointment to his mother over the broken marriage. In the meantime, Sammy confronted Karan and asked him if he ruined Preetha and Prithvi's marriage, which Karan denied. However, deep inside, his love for Preeta is blooming which made him believe that Preeta will stop the engagement.

Does Srishti have something up her sleeve?

The upcoming promos of Kundali Bhagya suggest more drama and emotions are in store for viewers. In a promo posted by Zee TV on their social media handle, one can see Srishti has something up her sleeve. Will Srishti succeed in reuniting Preeta and Karan in the upcoming episodes of Kundali Bhagya?