A massive controversy has broken out after Deepika Padukone on Tuesday evening reached the Jawaharlal Nehru University (JNU) Campus in Delhi to extend her support to students after the violent attack on Sunday night. She was present at the campus for seven minutes during which former student union president Kanhaiya Kumar raised "Azaadi" slogans, a call to boycott her upcoming film Chhapaak trended on Twitter. Soon after, another hashtag that said #ISupportDeepika started trending.

Sources said that the tweets under the #ISupportDeepika were found as identically similar and allegedly hinted at the PR machinery ahead of her upcoming movie. Sources had earlier claimed that Deepika's visit was a part of Film promotions. 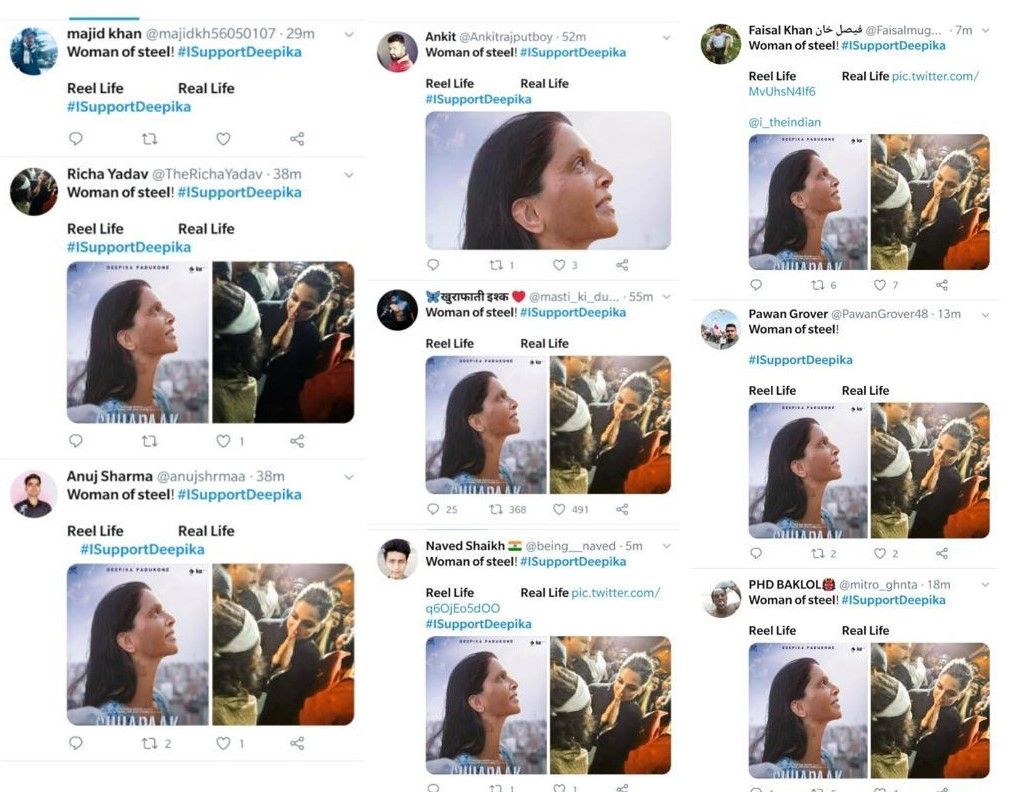 Earlier on Tuesday, netizens also questioned her visit and speculated it as a PR stunt ahead of the release of her upcoming film 'Chhapaak', based on an acid attack survivor Laxmi Agarwal. A few tweets by various media organisations, with Deepika and JNUSU President Aishe Gosh's pictures, were sourced to the PR firm ‘SPICE PR’. This mention has raised more questions amongst social media users. 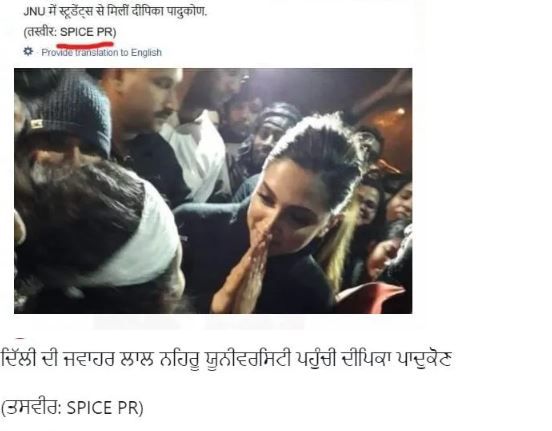 Deepika Padukone in a recent interview to a media publication opened up regarding the current political scenario in the country and said that she's 'glad' that the citizens of the country are coming together and standing united in the time of need. Feeling proud over the fact that people aren't 'scared' to express themselves, she said, 'People are voicing their opinion whether on streets or from their homes and so if we want to see a change in our society, we must keep all points of view on the table'

On Sunday evening, JNU students were attacked by masked goons. Sources told Republic TV that as many as said 50-odd goons entered the campus and went on a rampage, attacking people and vandalising cars. JNU students union president Aishe Ghosh, was severely injured.  In the video that surfaced right after the attack, she is heard saying: "I have been brutally attacked by goons wearing masks. I have been bleeding. I was brutally beaten up".

Meanwhile, the ABVP has alleged that their leaders have also been attacked and their presidential candidate Manish Jangid has also been beaten up. Moreover, 11 of their workers are missing.  Releasing a statement, Ashutosh Singh of ABVP alleged that they have been attacked by students affiliated to leftist student organizations. "Akhil Bhartiya Vidyarthi Parishad members have been brutally attacked by students affiliated to leftist student organizations SFI, AISA and DSF. Around 25 students have been seriously injured in this attack and there is no information as to the whereabouts of 11 students. Many ABVP members are being attacked in hostels and the hostels are being vandalized by the leftist goons," teh statements said.