Mira Rajput Quips About Becoming Her 'mom', Wonders 'what Has Happened To Her'

Shahid Kapoor's wife, Mira Rajput, recently shared an incident when she realised she has become her mom via social media. Here's how others reacted to her post. 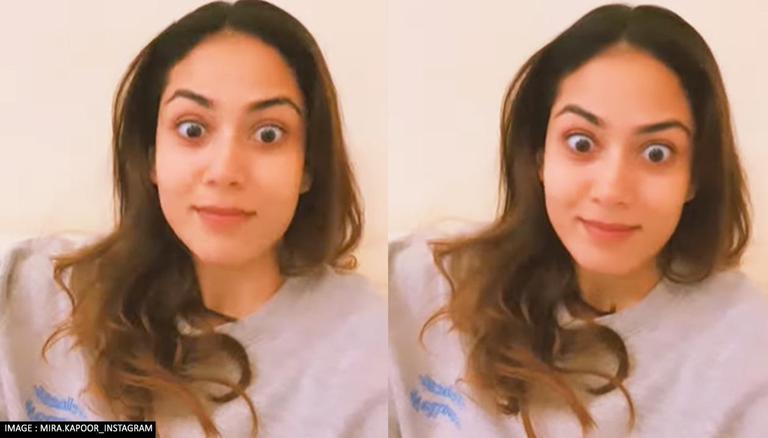 
Shahid Kapoor's wife, Mira Rajput Kapoor, enjoys a massive following of over three million on Instagram. The social media influencer, who is also a mother of two adorable kids, often shares funny videos featuring glimpses of her daily life with her fans. While Mira spends a lot of time raising her two kids, she has reached the stage where she resembles her mom. She recently shared an incident when she realised she has become her mom via social media.

Taking to her Instagram handle, Mira Rajput Kapoor recently shared the incident when she realised she has begun to behave like her own mother. In the video, Mira mentioned how she reacted to seeing her son dragging a jacket. At first, she asked her followers if she has become her mom and wrote, "Just saw my son dragging his jacket so I  said, "Jhaadu mat banaao. (don't make it a broom)". Mira looked stunned and wrote, "What has happened to me.." Sharing the video, Mira penned, "Am I becoming my mom.. Rajput Bela?" Union Minister and former actor Smriti Irani seemingly could relate to Mira Rajput's condition and wrote, "V all r." Many other women reacted to Mira Rajput's post and shared their own experiences.

Mira Rajput shares a lot of content on social media, including some funny videos, relatable posts and skincare routines. About a day ago, she posted yet another relatable video featuring Shahid Kapoor's clothes. In the reel, Mira Rajput could be seen wearing Shahid Kapoor's comfy pyjamas as she wrote, "Stealing clothes from husband's closet." In the caption, Mira asked her followers if they also find guys' clothes better than girls'.

Earlier this week, Mira Rajput shared the Sunday sun-kissed face via Instagram. In the picture, the mother-of-two could be seen wearing a black outfit while she soaked in some sun. Mira looked radiant and had no make-up on. Sharing the photo, she wrote, "If Sunday had a face, this would be it."

Shahid Kapoor and Mira Rajput had the comfiest and cosiest new year's eve. Taking to her Instagram, Mira Rajput shared a loved up picture with Shahid. In the caption, she wrote, "It’s going to be a great one because Mr K agreed to a photo. Happy New Year everyone." "For the first time I’m comfy as hell on NYE. Pyjamas, fuzzy socks, and bear to love. Can we do this every year?" she added.