Mouni Roy was spotted at an NGO while distributing gifts. Here are some pictures of Mouni Roy while she was distributing toys and gifts to the kids at the NGO.

Mouni Roy was spotted at an NGO spending some quality time with the kids. Popular for playing the role of Krishna Tulsi in the TV soap Kyunki Saas Bhi Kabhi Bahu Thi, the actor met children in Goregaon, Mumbai and also managed to make them happy by distributing some toys and other goodies. The kids at the NGO were elated to watch the Bollywood star take up the role of Santa Claus for them. Here are some pictures of Mouni Roy while she was distributing toys and gifts to the kids at the NGO. 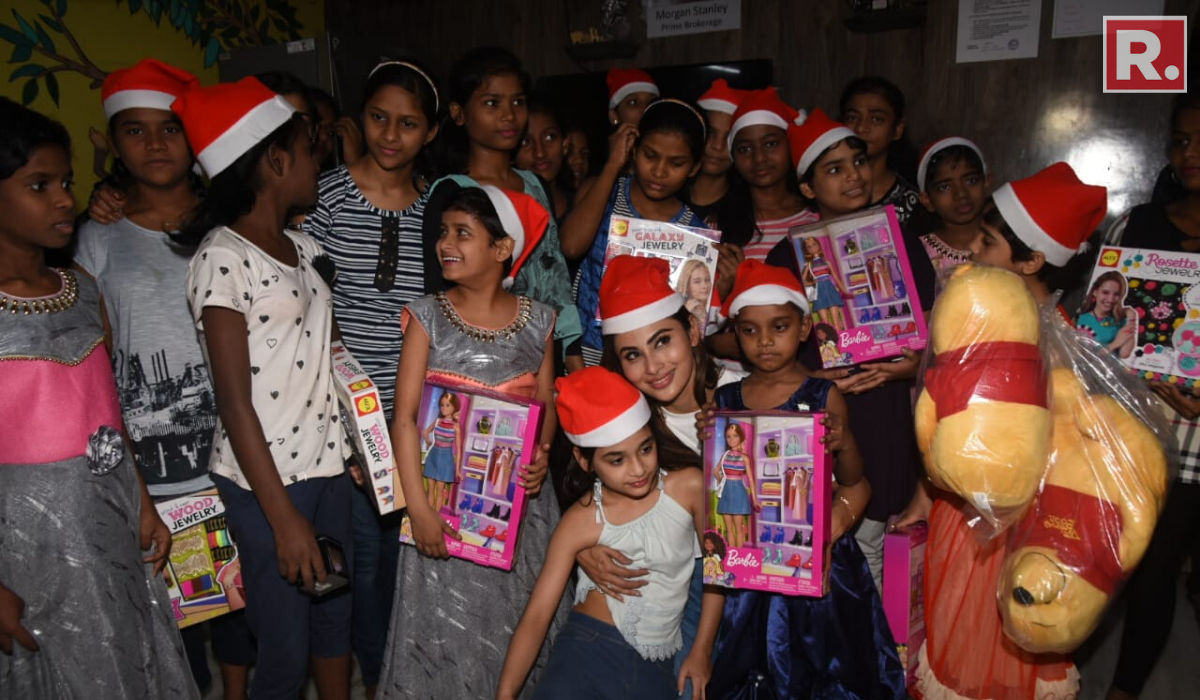 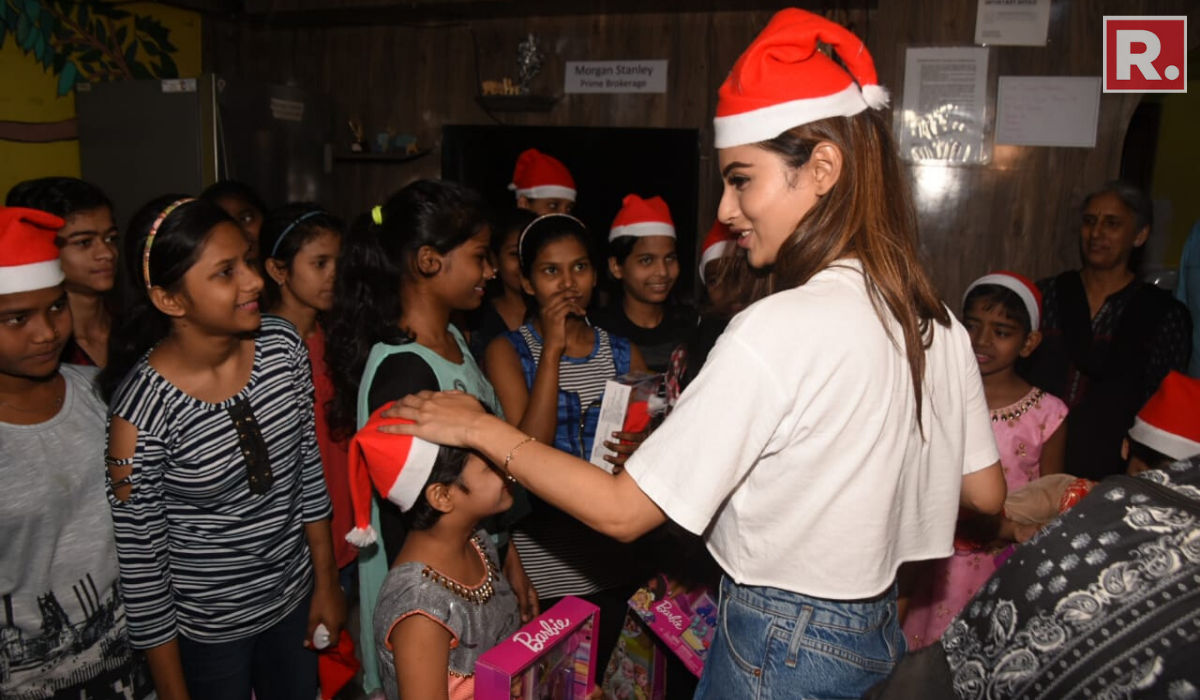 It has been a great transition for the television star to step in Bollywood after Rajkumar Rao’s Made In China. Roy was playing the role of Rukmini Mehta, a woman who finds out that her husband is secretly peddling sex medicines smuggled from China. In the film, she confronts Rajkummar for his illegal venture and tries to convince him to lead an honest life. Made In China was Mouni Roy’s fourth Bollywood film and she certainly won over the hearts of not only the audience but also some celebrities. Read more about some Tweets praising Mouni Roy for her performance.

Watched #MadeinChina last night and love LOVED it!!! @bomanirani you were so so amazing!! @RajkummarRao it amazes me how you can play a character with such sincerity I forget you’re you and just see Raghu...@Roymouni you looked gorgeous and were absolutely lovely in the film ♥️