Preity Zinta congratulated the makers of 'The Illegal' for making it to the nomination eligibility list of Oscars 2021. Read ahead to know more.

Danish Renzu directorial The Illegal is an American drama film which released in 2019. The went on to win big at several prestigious award ceremonies and also was screened at various film festivals. The makers of the movie have now added another feather to their cap as the movie has been shortlisted in the Best Picture category at the Oscars 2021. Bollywood actor Preity Zinta shared this news on Instagram and also congratulated the team. She also shared the trailer of the film.

The Illegal trailer shows a young boy, who comes from a middle-class background, being forced to leave school because of his family's financial crisis. He had been staying in the United States as an undocumented worker. The movie chronicles his struggle of finding a job and a roof above his head. Preity Zinta heartily congratulated the team of the movie by writing, "So happy to hear The Illegal is on the list of eligible films for an Oscar in the Best Picture category👍 Congrats and Best of luck. #SurajSharma @renzufilms So happy for you guys. Fingers crossed 🤞 #TheIllegal #Allthebest #Ting".

Her post garnered over 52K likes within two hours of uploading. The director of the film Danish Renzu also commented on Preity's post by using many heart emojis. Netizens too appreciated thew trailer of the film and wished the makers good luck. See their reactions below: 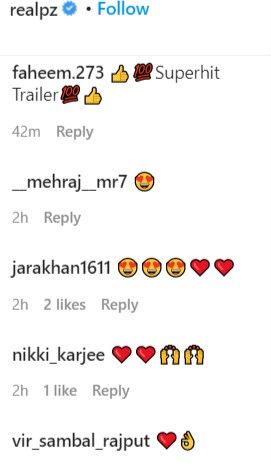 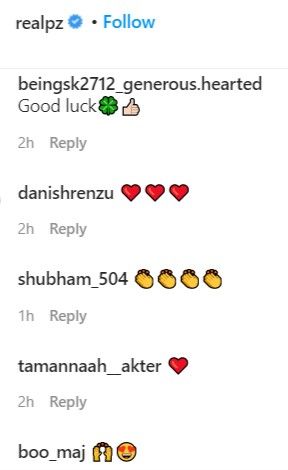 Of the 366 movies which have made it to the nomination eligibility list, Vijeesh Mani's Mmmmm (Sound of Pain), which is a movie based on a tribal person who makes a living by selling honey, has also made the nomination cut for the much-coveted awards. Nila Madhab Panda's Kalira Atita, which talks about how the environment can be saved has also been shortlisted for the Oscars. Suriya's Soorarai Pottru has been shortlisted in the Best Picture category as well.

Some of the most popular of Preity Zinta's movies are Dil Se.., Mission Kashmir, Chori Chori Chupke Chupke, Dil Chahta Hai and Koi... Mil Gaya. She was last seen in the 2018 comedy film Bhaiaji Superhit which was a Neeraj Pathak directorial. The movie also starred Sunny Deol, Arshad Warsi and Ameesha Patel in prominent roles.