Priyanka Chopra is currently in Davos, Switzerland for the World Economic Forum (WEF) where she urged all the world leaders to come forward and help end poverty

The actress and activist urged the world’s billionaires and leaders to use their wealth to end extreme poverty, address climate change and reduce inequity by 2030.

In an Instagram story shared by Chopra Jonas, she can be heard saying, "An incredible example of how citizen-led accountability is key to development". Giving an important example of Polio eradication in India, she said, "11 years ago, more than 60% of polio cases were from India, and this was due to the massive campaign led by the government and 200 billion volunteers who came together to make a change in the society".

Further shedding light on the topic of Human capital, the actress said, "If countries invest in their people, then they create a population which other people want to invest in". 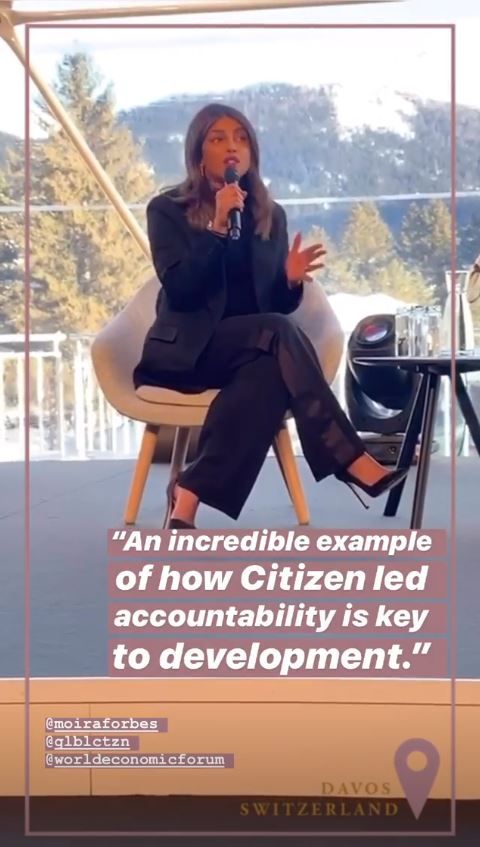 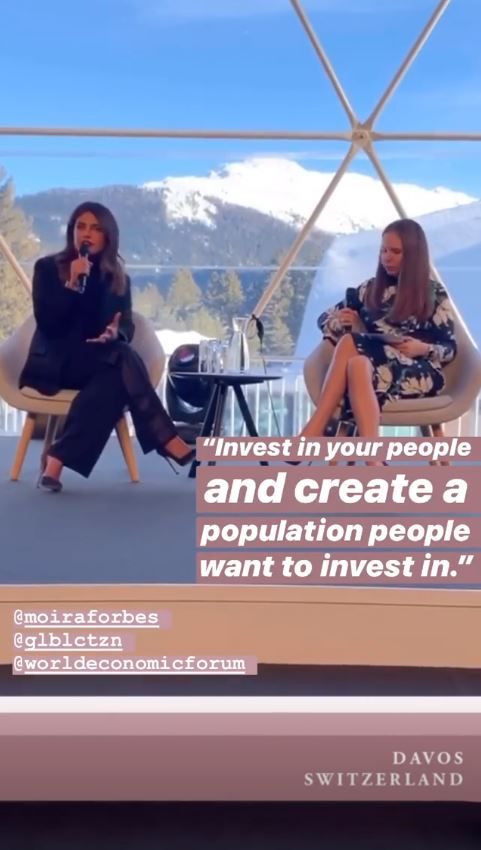 Chopra Jonas is partnering with Global Goal Live, a campaign led by Global Citizen and consulting firm Teneo. The campaign calls on billionaires to address the inequality gap between the world’s wealthiest and poorest countries. The Global Goals campaign was agreed to by all 193 member states of the United Nations in 2015.

READ: Priyanka Chopra's Blue Saree From Umang 2020 Costs THIS Much, Will Shock Fans

The actress addressed all the above issues in a fireside chat coinciding with the World Economic Forum's annual meeting in Davos, Switzerland. Back in 2017, a leading media publication named Priyanka Chopra Jonas as one of Bollywood's highest-paid actors with $10 million in annual earnings.