"I Hope I Made You Proud, Mom", Says Priyanka Chopra While Accepting UNICEF Award

Priyanka Chopra is known for her bond with her mother, Madhu Chopra. Recently she had attended an award function and penned an emotional note for her mother.

Earlier today, Bollywood fame Priyanka Chopra had taken to Instagram to share a series of photos and videos of herself at an event. The actor was honoured with Humanitarian Award for her philanthropic work for Child Rights. Overwhelmed with the whole affair, she penned down a heart-warming note for her mother, Madhu Chopra on one of her Instagram stories. 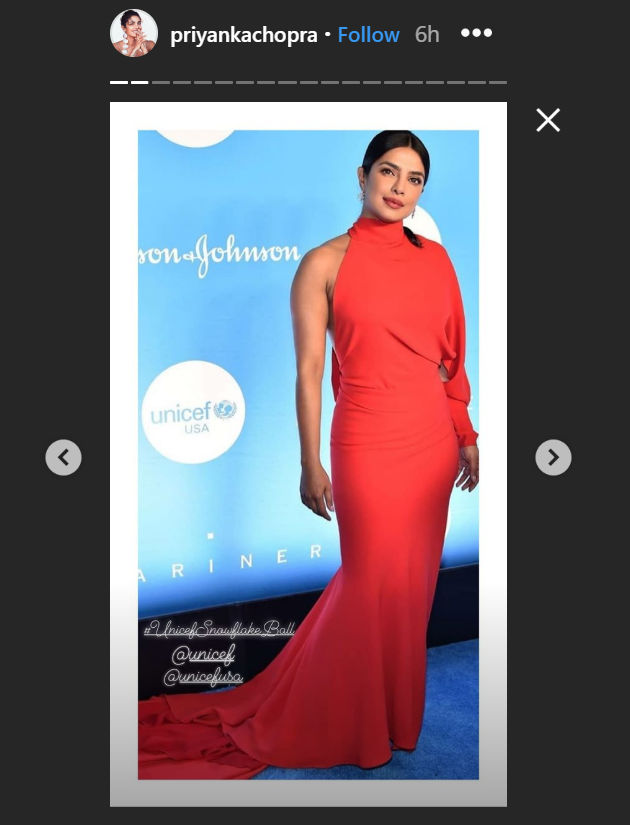 Out of the series of images and videos on Priyanka Chopra's Instagram story, one showed the image of the guest cards with her and her mother’s name placed on the table. Priyanka caption suggested that she believes her mother has inculcated the good traits in her that she is being awarded for. Priyanka Chopra had also shared a Boomerang video of her mother hugging her as her name was being announced on the stage. 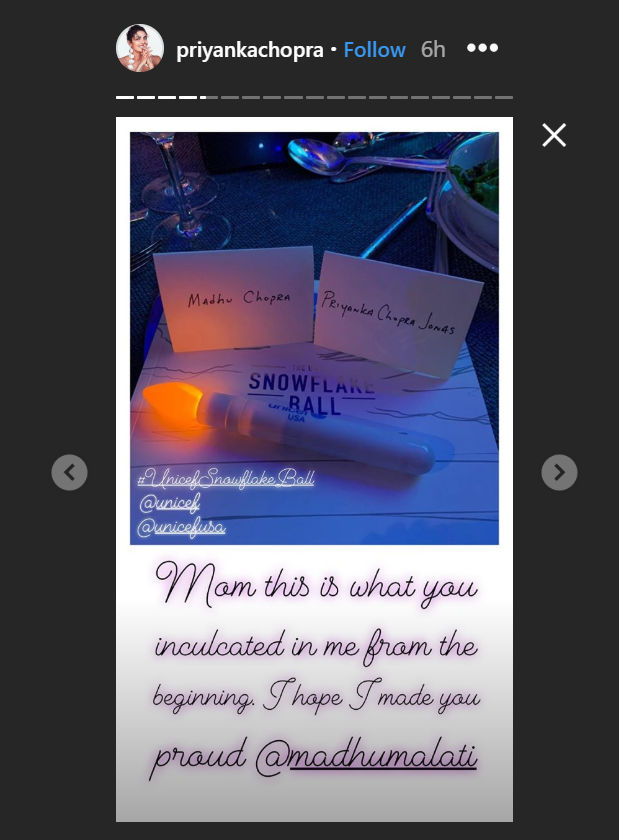 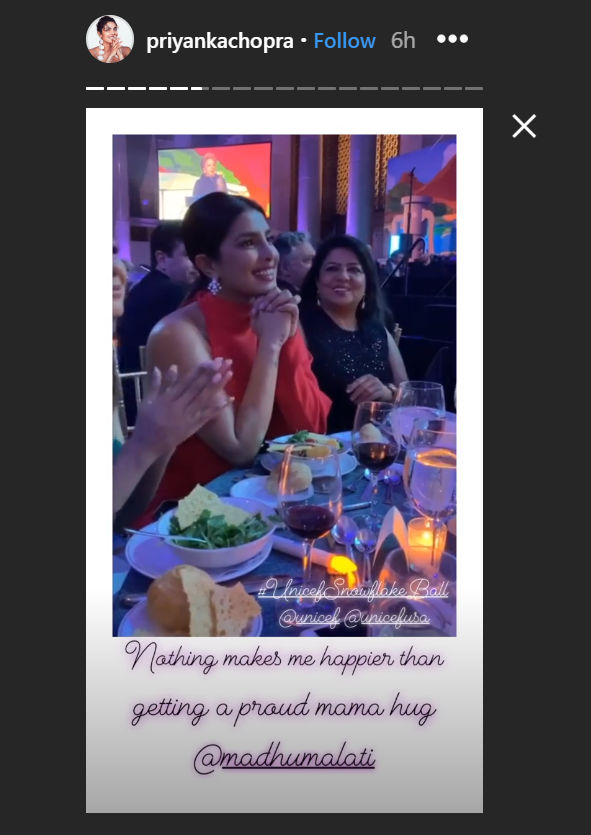 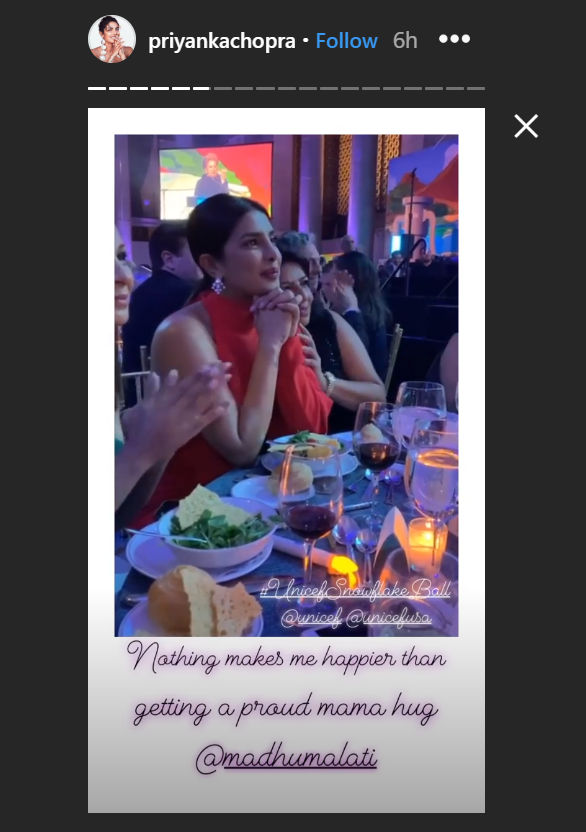 Also Read: Priyanka Chopra Shares The Secret To Being Fit And Fabulous

Priyanka Chopra had also taken to her Instagram feed to share pictures of herself from the event. In the caption, she shared what the honour and the award meant to her. No sooner did she post the pictures than her husband, Nick Jonas came up with a comment, “So inspired by you every day. Congratulations beautiful”. The singer also took to his own Instagram handle to post a picture of Pee Cee.

On the movie front, Priyanka Chopra was last seen in Shonali Bose’s The Sky is Pink. She will next be seen in the Hollywood productions We Can Be Heroes and Cowboy Ninja Viking. The latter stars Avengers fame Chris Pratt along with Pee Cee. In Bollywood, Priyanka Chopra’s next ventures are The White Tiger and Gustakhiyan.

Also Read: Priyanka Chopra: What Does PeeCee Eat In A Day? Read To Find Out