Ranveer Singh is considered to be one of the most flamboyant personalities in Bollywood. Read on to know about his best moments in talk shows.

Ranveer Singh is popular for his several memorable roles in the films. In real life, he is quite popular for his peculiar fashion choices and otherworldly energy. The Gully Boy actor has now appeared in several critically acclaimed films. He is always at the peak of his powers when it comes to delivering spectacular onscreen performances and each year, he keeps getting better.

Also read: Ranveer Singh Reveals The Names Of People Who Help Him To Stay Grounded

Ranveer Singh has set a new standard in the Indian film industry and he is easily among the most influential actors. Often the actor has appeared in talk shows and has impressed the audience with his effervescent personality. Here are some of his best moments in talk shows:

The actor is popular for his quirky fashion choices. Talking to Kapil, Ranveer said that it is Deepika who makes the decision regarding what he should wear. For The Kapil Sharma Show, Ranveer donned a red velvet jacket and an envious Kapil asked him if it was selected by Deepika. Ranveer agreed and revealed that it is Deepika who manages and decides his wardrobe, now that they're married. He jokingly added that he looks like a tempting Red velvet cake. 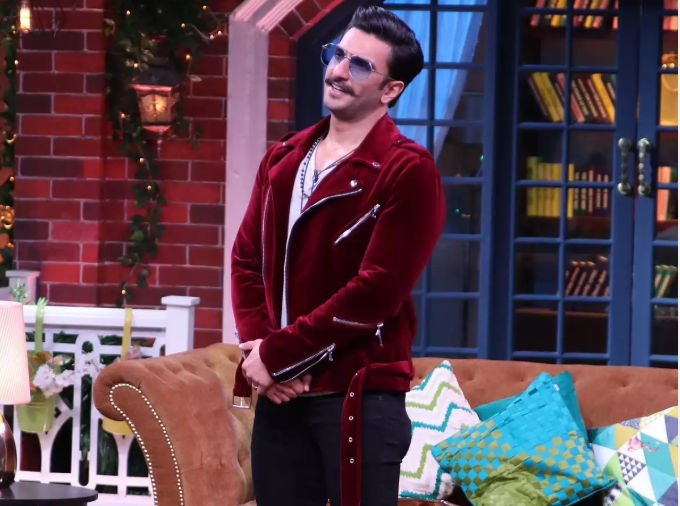 Also read: Ranveer Singh And Arjun Kapoor's Bromance Is Unmissable In THESE Pictures

In the Filmfare talk show with Jitesh Pillai, the actor spoke about a handful of things, ranging from his breakout to where he is as an actor right now. The Bajirao Mastani actor also speaks about relationships and heartbreak. This is one of the most intimate interviews with Ranveer Singh.

Ranveer also talks about how he is living his best life. The actor never shies away from almost anything. Married to his lady love Deepika Padukone, he speaks about how he is content as a man. And hits after hits, the actor is on a massive success streak and it shows. Ranveer Singh has proven that he is one of the most versatile actors of all time.