Riddhima Kapoor, daughter of Rishi Kapoor and Neetu Singh, recently took to social media to share some rare and unseen pictures of her parents' wedding

Rishi Kapoor and Neetu Singh tied the knot in the year 1980. Since then, the two have stood strong beside each other through thick and thin and are an inspiration for fans. Today, on January 22, 2020, Rishi Kapoor and Neetu Singh are celebrating their 40th wedding anniversary. On the occasion of their anniversary, the couple's daughter, Riddhima Kapoor, took to social media to share some unseen and rare wedding pictures of her parents.

On the occasion of Rishi Kapoor and Neetu Singh's 40th wedding anniversary, Riddhima Kapoor, their daughter, took to Instagram to share some rare and unseen pictures of her parents. The pictures were taken during the marriage ceremony of the two veteran actors. Riddhima Kapoor posted these photos on her Instagram story. In one of her posts, she shared a photo of her parents' wedding and captioned it by stating that it was true love. In another post, she captioned an image of her parents' marriage with a heartfelt wish for them on their 40th wedding anniversary. Check out the rare wedding pictures of Rishi Kapoor and Neetu Singh below. 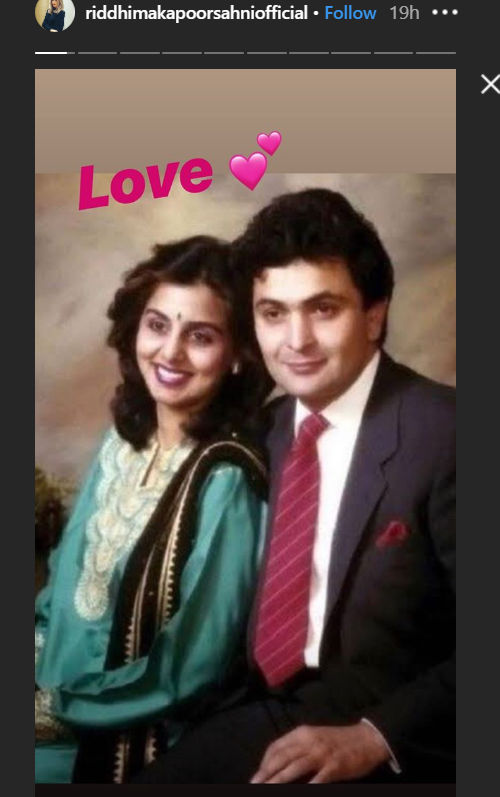 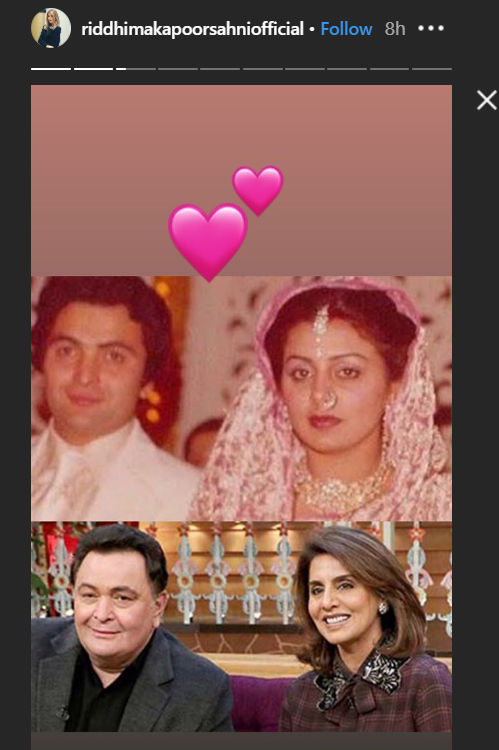 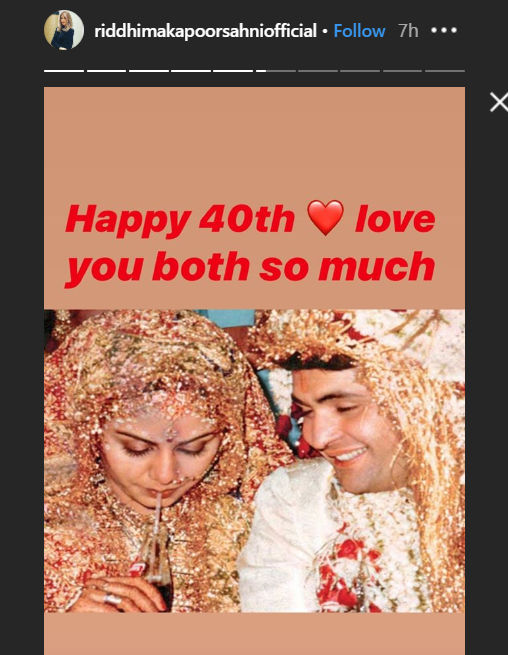 On the work front, Rishi Kapoor was last seen in the mystery thriller film, The Body. The film was directed by Jeethu Joseph and was produced by Viacom18 Motion Pictures and Sunir Kheterpal. Rishi Kapoor played a prominent role in the film and the movie also starred actors Emraan Hashmi, Sobhita Dhulipala, Vedhika and Rukhsar Rehman. The film released back on December 13, 2019. He will also be seen in the upcoming sports drama film, Toofan, which is set to released on October 2, 2020. The film will star Farhan Akhtar in the lead role and Rishi Kapoor will play an important role.