Raveena Tandon On Boom Of OTT Platforms: Female Protagonists Have Been More Prominent

Raveena Tandon will soon mark her debut in the digital platform with Netflix’s web show Aranyak. In a recent interview, she spoke about her views on boom of OTT 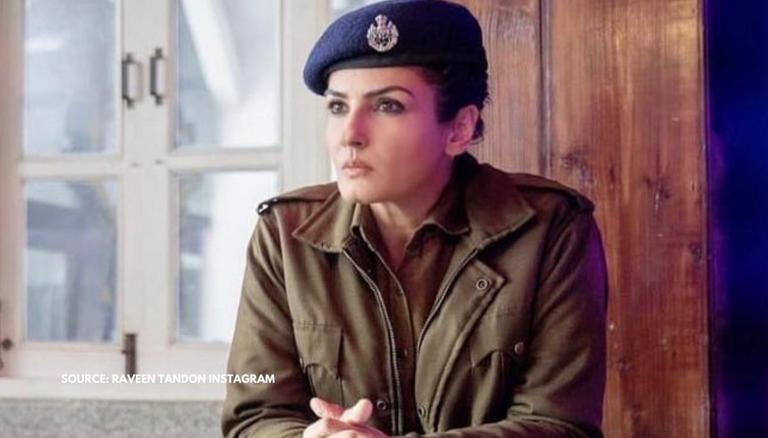 Bollywood actor Raveena Tandon will soon mark her debut on the digital platform with Netflix’s web show Aranyak. Now, in a recent Netflix special event, ‘See What’s Next India’, the Main Khiladi Tu Anari actor said that OTT platforms have enabled female actors to showcases their versatility with diverse roles. According to Raveena, although women have gained critical acclamation for featuring in films, it has only gotten better with the boom of OTT.

During the interaction, Raveena Tandon said that she has seen women taking charge in the industry but a global platform like Netflix has also made audiences more aware. Audiences nowadays know different cinemas and watch international content which has given them an opportunity to explore 'untold stories, different formats and experiment with cinema’. As per Raveena, the viewer’s perspective of watching and Indian women has also changed. “Women protagonists have been more prominent that the male ones”, opined Raveena.

The upcoming web show Aranyak explores her essaying the role of a local cop namely Kasturi Dogra. In the show, she will join forces with another cop Angad on a prominent case of hunting a serial killing entity in a misty and chilly Himalayan town. Speaking of which, Raveena explained that her character has ‘incredible strength’. Kasturi is not trying to level herself in a man’s world, on the contrary, she proves herself to be better than anyone else. This factor of the character is what attracted Raveena to the show.

Her joining Netflix has not only made the actor happy, but even her family is excited to watch her make her debut in the OTT world. Talking about the same, Raveena added that being associated with Netflix is a joy and even her family is ‘excited’ about it. For Raveena’s kids, it will be a ‘cool thing’ to watch their mother in a Netflix show.

Pesh karte hai, Netflix and LITERAL CHILLS
I’m happy to announce I will be part of the @netflix_in Original Series Aranyak that follows two cops on a journey to find a missing tourist and revives the myth of a bloodthirsty entity in the forest.