Film actor Raveena Tandon took to her social media to give a peek into the celebration of her father Ravi Tandon's 86th birthday, on Wednesday via pics & videos

Bollywood actor Raveena Tandon, along with her family, organised a low-key celebration of her father Ravi Tandon's 86th birthday. On Wednesday, Raveena Tandon shared a multiple-picture-video post on her social media feed, featuring her father cutting the cake and a few family members and close friends. Three out of her nine posts were videos. In the first video, Raveena can be seen helping his father blow the lit candles and cut the cake.

Meanwhile, in the second video, the 86-year-old director can be seen offering the piece of cake to everyone. On the other hand, in the third video, he received a gift from a close family friend, which was a bouquet decorated in a kettle. In the background, someone can be heard reminding them to maintain social distancing.

As per the pictures, Raveena's mother Veena, husband Anil Thadani, daughter Rasha Thadani, among many others, were seen. Without giving a lot of context to her fans and followers via the caption, Raveena only added a few hashtags, which were 'celebrations', 'happybirthdaypapa', 'ravitandon' and 'ravitandonji'. Here's Raveena Tandon's latest Instagram entry.

Within a couple of hours, the Mohra actor's post managed to garner more than 30k double-taps and is still counting. Meanwhile, Raveena Tandon's family members, who did come for the celebration, wrote wishes for him in the comments box. Raveena's cousin asserted, "Aww.. sho shweet! Once again a very happy birthday to Chacha!! Was so lovely to speak with him this morning" while a friend of Raveena added, "He is lookin so cute". Birthday wishes along with various emojis were a common sight in the comments box of the actor's post. 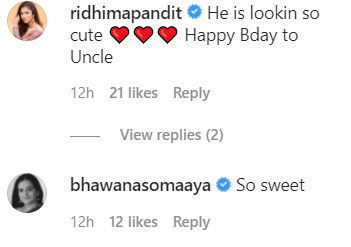 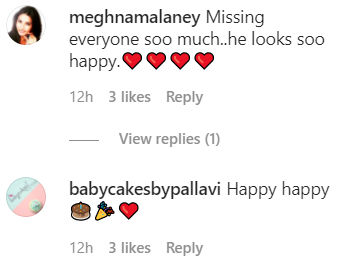 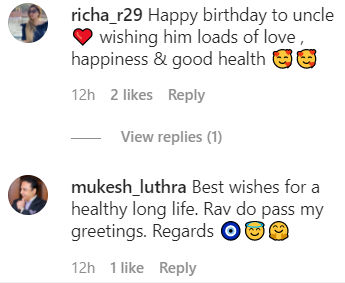 Interestingly, earlier that day, the Andaz Apna Apna actor had shared a bunch of rare pictures to write birthday wishes for her dad. While three pictures in her post were in black and white format, the fourth image was, presumably, a recent selfie. In the caption, Raveena had written, "My first love, my hero , my inspiration! .. Humility, Grace Compassion,and Self Respect #allinone, Happy Happy Birthday Papa! #ravitandon to many many rocking years ahead !".

READ | Raveena Tandon Shares A Picture From Her Makeover Session, Take A Look