Richa Chadha and Ali Fazal were recently honoured with the Outstanding International Talent Awards at the Maratea Film Festival in Italy. Read on. 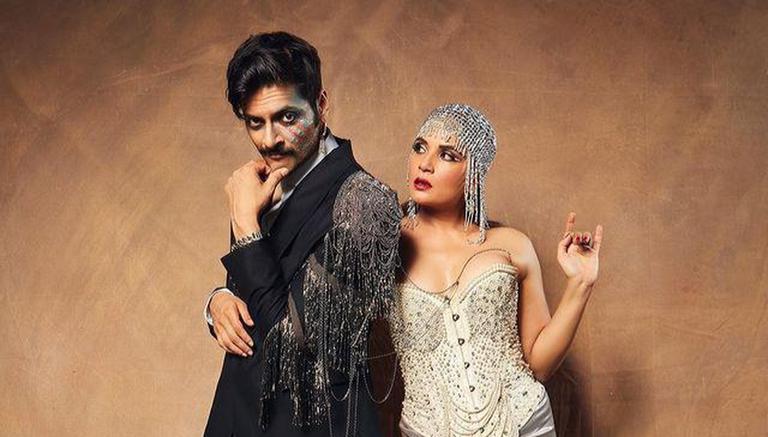 
Richa Chadha and Ali Fazal are among the notable power couples of Bollywood who have won the hearts of the fans with their iconic performances in various movies over time. While the duo continue to delight their fans with her stellar performances, a stunning piece of news recently left their fans amazed. It was revealed that they both were honoured at the Maratea Film Festival for their performance.

According to various media reports, it was revealed that actors Richa Chadha and Ali Fazal were honoured with the Outstanding International Talent Awards at the Maratea Film Festival in Italy. Other popular artists namely Sophia Loren, Richard Gere, and John Landis have reportedly also been felicitated with the same honour in the past.

Ali Fazal expressed his delight after receiving the award and stated how elated and honoured he was to be chosen by the Maratea Film Festival and added how the recognition meant a lot to him and Richa as artists of the world ahead looking to bring change with our stories and actions.

Ali said, “I’m elated and honoured that the Maratea Film Festival has chosen to honour Richa and me. This recognition means a lot to us as artists of the world ahead looking to bring change with our stories and actions. For a platform to internationally recognise our work and to give this title/award to us makes me very happy. Glad to know that our work has had an impact in different parts of the world”.

On the other hand, Richa Chadha recalled how they were elated when they were told that the festival wanted to honour them and added how it was an honour to receive this award after learning about the past recipients. Adding to it, she mentioned that she and Ali were looking forward to the festival and to be amongst peers who love cinema as much as they do and to celebrate everything about the movies.

Richa said, “We were elated when we were told that the festival wants to award us. To know the past recipients of the award is such an honour. Ali and I are both looking forward to the festival and to be amongst peers who love cinema as much as we do and to celebrate everything about the movies”.

For the unversed, Richa will be next seen in films like Fukrey 3 and Abhi Toh Party Shuru Hui Hai which will reportedly hit the big screens by the end of this year while Ali will be seen in Baanwre, Fukrey 3, Happy Ab Bhag Jayegi!, Kandahar and Khufiya.