Recently, the wedding invitation of Rishi Kapoor and Neetu Singh has taken the internet by storm and fans are going gaga over it. Check out the invitation here.

'End of our story' wrote Neetu Kapoor as she posted a cheerful picture of her husband and actor Rishi Kapoor soon after his demise, in a heartbreaking post. It was 46 years ago that the fairy tale story of Rishi Kapoor and Neetu Singh began on the sets of Zehreela Insaan, a 1974 movie. And recently their wedding invitation has been going viral over the internet.

Also read | 'Rishi Kapoor Was After Me To Do Sequel Of Do Dooni Chaar', Says Director Habib Faisal

Fans also commented with lovely messages on this post. It is also very evident that fans are still grieving the loss of their favourite actor. Some of his fans wrote ‘Rest in Peace.’ While some were very happy to see the invitation card of the two. Check out a few comments by fans. 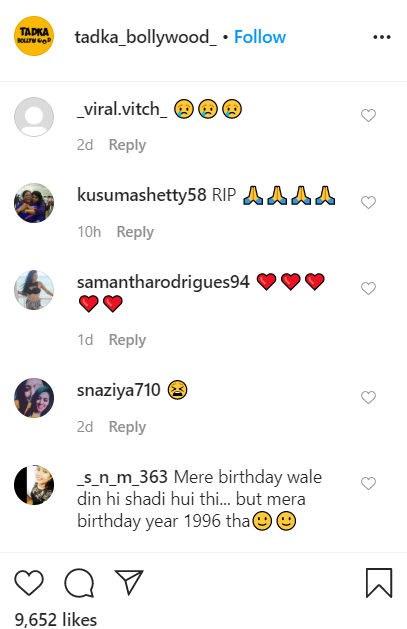 Later, he started to realise that Neetu Singh was the one for him. He revealed that he used to miss her when he went to Europe for a shoot. And added saying that he sent her a telegram from Europe to Kashmir saying that he was thinking about her.

PEOPLE HAVE PLEDGED SO FAR
LATEST NEWS
View all
4 hours ago
From a salute to Sonu to 'Boycott China'; Here's Entertainment news recap of the day
3 hours ago
Check out Adah Sharma's Martial Arts alternative if your washing machine stops functioning
5 hours ago
Varun Dhawan celebrates niece Niyara Dhawan’s birthday amid lockdown
3 hours ago
Tapsee Pannu mourns grandmother's death with heartfelt post, says she 'will stay forever'
52 mins ago
A little girl asks Sonu Sood, 'Papa is asking, will you send Mumma to Nani house?'