Rishi Kapoor threw in a picture quiz for his fans where he asked everyone to tell him who the person is and the result will leave you shocked. Take a look —

Rishi Kapoor is known for sharing his knowledge about cinema and film trivia on his Twitter handle. The actor threw in a picture quiz for his fans where he asked everyone to tell him who the person is. The picture shows a beautiful woman in a sari, with complete makeup.

Rishi Kapoor wrote: "Need you to tell me who this person is? If someone already knows the answer through a different source, please refrain from disclosing. Let’s not spoil the suspense for others. Thank you. I give you 10/20/50 guesses. Answer coming soon!!" [sic] While many guessed as 'Geeta Devi', 'Indira Gandhi', 'Shashi Kapoor', majority of them guessed it right — it was none other than — legendary actor Pran. 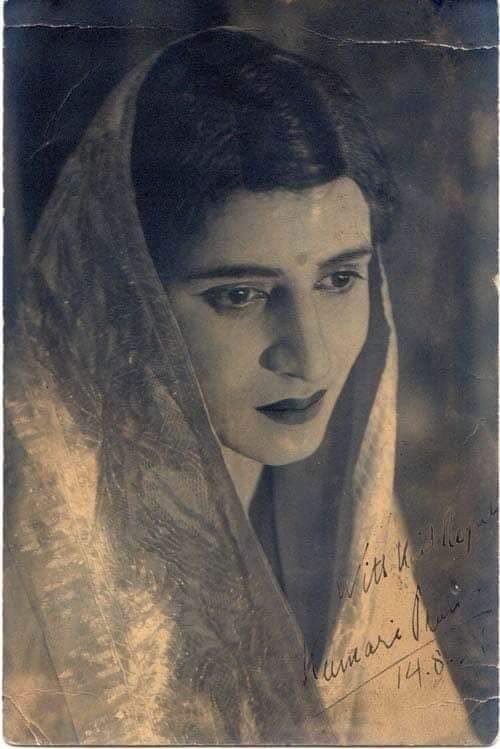 Urmila Matondkar was surprised and called it 'unreal'. A fan wrote a detailed answer and said, "This is the legendary actor Pran. He was unmarried at that time. In his elder brother’s marriage, he surprised his newly married Bhabhi posing as his brother’s lover. This year is his birth centenary and his son Sunil Sikand released this snap from their family album. Pran also played role of Sita in local Ramlila in Shimla in which Ram was played by Madan Puri. If you observe carefully, you will find Kumari Pran written."

The Legend Pran sahab himself Many of you got it right. Congratulations. Pran Uncle was the master of disguise. This was not for a film but a personal family joke.

Recently actor Rishi Kapoor took to Twitter to surprise fans with a rare unseen photograph from the film Mughal-E-Azam. The actors of the film can be seen in black and white as they posed for a picture with esteemed Italian director Roberto Rossellini. The photograph was taken in the Sheesh Mahal which was created for the film, at the Mohan Studio.

For the film “Mughal-e-Azam” aficionados. A rare off the shoot picture with the acclaimed Italian director Roberto Rossellini with Mr. K. Asif and his actors. pic.twitter.com/LmWWIx6IYz