Sabyasachi is among the top designers in the country. The designer faced criticism as many found, Rani and Ranveer's outfits being the same. Read to know more

Bollywood stars are known for making style statements at any significant occasion. Many keep a close look at whatever they wear. They either get praised or criticised for their clothing and looks. With many fashion police keep eye on celebrities, if a star wears a similar outfit as another, they are criticised and trolled. The recently stuck in this is Rani Mukerji Chopra and stylist Sabyasachi Mukherjee. Read to know more.

Also Read | Sabyasachi Mukherjee On His Struggles With Depression; Says 'tried To Commit Suicide Once'

Sabyasachi criticised for his outfit for Rani

Rani Mukerji Chopra, who is seen promoting her upcoming film Mardaani 2, was spotted in Sabyasachi outfit. The designer posted her pictures on his official Instagram handle. Rani wore a metallic grey, floral printed ethnic dress. Soon after he uploaded the pictures, people started bashing him. This was due to Rani’s outfit being similar to what Ranveer Singh wore on his first wedding anniversary when he visited The Golden Temple. Ranveer wore a rose taupe colour kurta and pyjama set and paired it with a floral Nehru jacket, also designed by Sabyasachi.  People started commenting on the post about the same. Some said that he made it from Ranveer’s leftover clothes, some criticised him for copying the outfit. Take a look at the comments on Sabyasachi’s post from his Instagram handle. 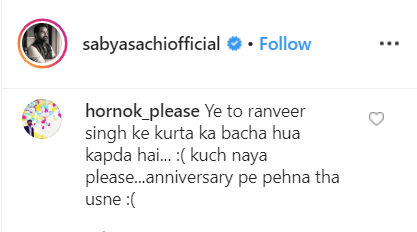 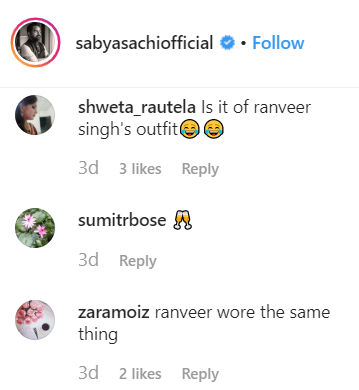 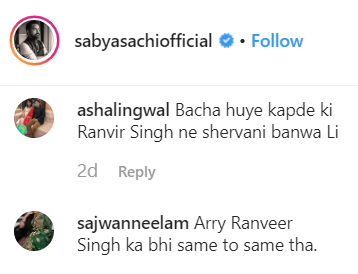 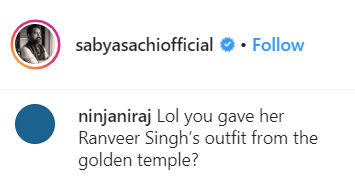 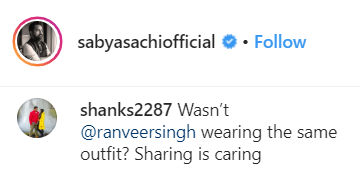 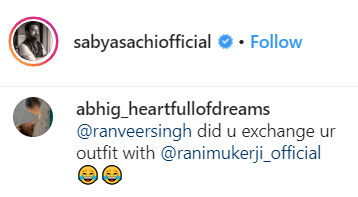 Check out both outfits

Also Read | Rani Mukerji Pulls Off A Ranveer Singh; Who Wore It Better?

The designer is known to have good relationship with both the actors. He has been dressing up Rani Mukerji Chopra for years and is close friends with her. He designed her wedding outfits too. Sabyasachi has also styled Ranveer Singh and Deepika Padukone for their wedding. While the backlash kept coming, there was no reply from the designer. Ranveer Singh wore the outfit on November 15, 2019, while Rani wore it on November 25, 2019. Even after about 10 days of a gap, people did not forget and caught the similarity. The incident is an example of how many keep a close eye on celebrity fashion and outfit.