Actress Sanya Malhotra is eagerly looking forward to her upcoming release Shakuntala Devi where she will be seen sharing screen space with Vidya Balan.

Actress Sanya Malhotra is eagerly looking forward to her upcoming release Shakuntala Devi where she will be seen sharing screen space with Vidya Balan. The actress who will be seen essaying the role of Shakuntala Devi’s daughter Anupama Banerji recently shared a picture with the latter on social media. Both Sanya and Anupama can be seen striking a pose in the BTS pictures.

Sanya shared the picture on her Instagram story which shows the uncanny resemblance that Sanya bears to Anupama. Seeing the picture, it seems that watching the actress stepping into the shoes of the real daughter will be enthralling. In the film, Sanya is also going to be seen essaying various phases of Anupama’s life from an adolescent to a teenager to a matured individual.

Read: Sanya Malhotra Talks On 'back To Back Good News' With Shakuntala Devi & Ludo Announcements 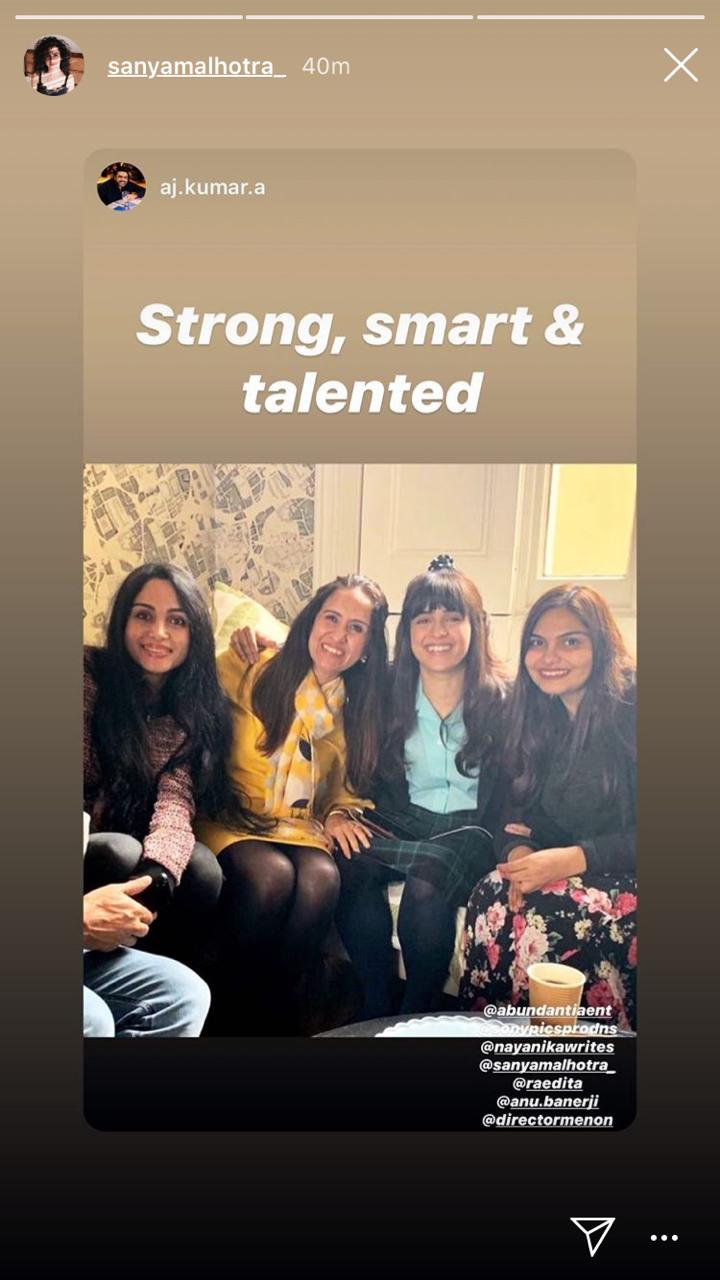 Earlier, ins a press statement, Sanya Malhotra discussed Shakuntala Devi and revealed that she was actually really excited that the film is releasing on OTT. In a press statement, Sanya Malhotra said, "I’m super excited that Shakuntala Devi will be releasing on Amazon Prime, it feels like I have a special relationship with Amazon because even Photograph and Pataakha had released there it received a huge response. I’m looking forward to the audience seeing Shakuntala Devi and overall I’m happy that in such times, we are able to keep the audience entertained.”

Besides Shakuntala Devi, Sanya Malhotra's older films, Photograph and Pataakha, also received recent OTT releases. Both films performed brilliantly on digital, with fans and critics praising the films for their engaging script and for Sanya Malhotra's stellar performances. These two films also proved that Sanya Malhotra is a versatile actor, as one movie was a comedy-drama while the other was a coming-of-age romantic drama. Meanwhile, her other projects in the pipeline are Guneet Monga's Pagglait and Anurag Basu's LUDO.

Read: Sanya Malhotra Reveals Why She Is Excited For 'Shakuntala Devi's' Release On OTT Platform