Shahid Kapoor celebrates his 39th birthday today. On this occasion, his close friends like Alia Bhatt, Kiara Advani and others wished him on their social media.

The very charming, Shahid Kapoor turns a year older today. The actor recently charmed the audience with his stellar performance in the character drama, Kabir Singh. Not only was the film a humongous box office success but it was also highly acclaimed by critics and audiences alike, reportedly.

Shahid Kapoor is now set to entice the moviegoers in the upcoming sports drama, Jersey, where he will play a cricketer for the first time in his acting career. He is reportedly celebrating his 39th birthday on the sets of the film Jersey. However, his near and dear ones from the film fraternity took to their social media to drop in a lovely birthday wishes for him.

She shared the screen space opposite Shahid in the blockbuster film, Kabir Singh. Such was their chemistry, that they are called 'Kabir and Preeti' whenever they are now spotted together. Kiara shared a goofy boomerang with Shahid Kapoor while wishing him. She also called him as her most 'special' co-star and sent him a 'pat' from his Preeti. It is not a hidden fact that Alia and Shahid share a great camaraderie with each other. The two have also shared the screen space in films like Shaandar and Udta Punjab. On the occasion of his birthday, Alia shared a beautiful black and white picture him. She captioned it with an adorable birthday wish. 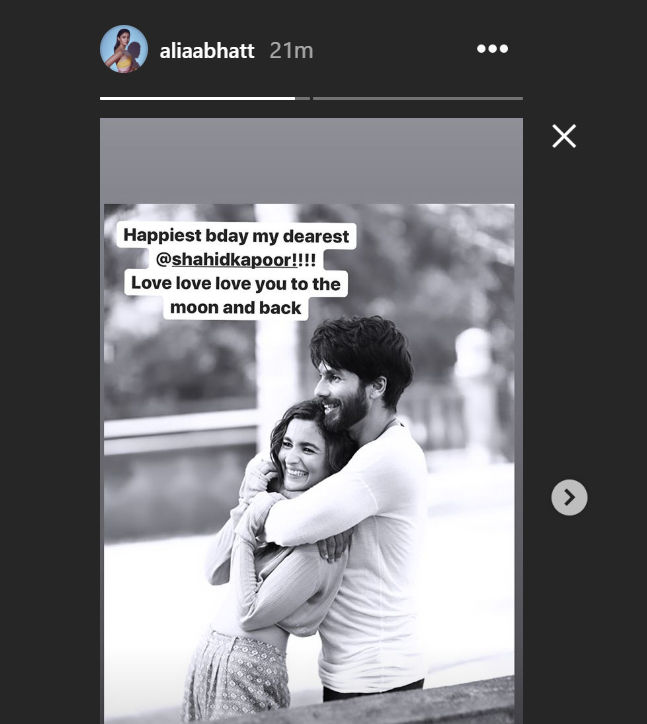 Dhadak actor and Shahid's younger brother, Ishaan Khatter left everyone swooning with delight by his adorable birthday wish for his elder brother. He shared two beautiful pictures of Shahid on his social media. In one picture, Shahid can be seen sporting an intense look while oozing a lot of swag with his glares. While on the other picture, the Haider actor can be seen sporting a delightful smile.

Shahid's lovely wife Mira Rajput also took to her social media to wish her husband on his special day. She shared a lovely picture with Shahid wherein the couple can be seen all smiles as they strike a pose together. She called him, 'the love of my life' in the endearing post. The two never fail to give the netizens some major couple goals. 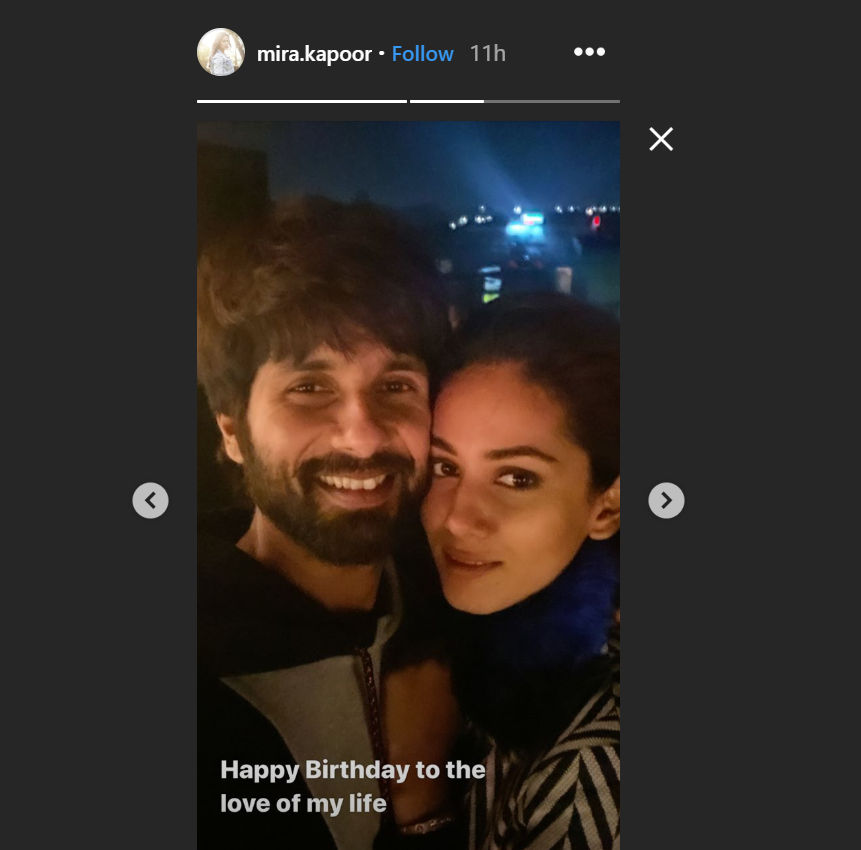 Also Read: Kareena Kapoor Khan On Her Breakup With Shahid Kapoor: 'A Lot Happened In Our Lives'