Sidharth Malhotra & Rohit Shetty To Collaborate For A Cop Based Web Series: Reports

Rohit Shetty and Sidharth Malhotra are reportedly collaborating for a cop-based web series, which will make its OTT premiere via Amazon Prime Video. 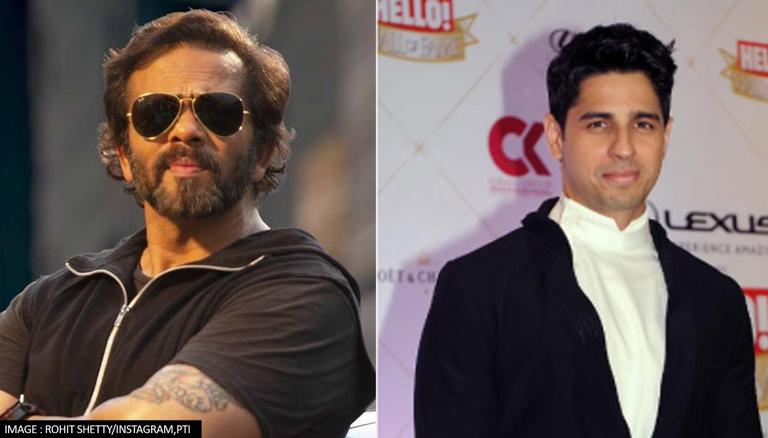 
Rohit Shetty has mastered the art of curating cop dramas, with his latest instalment Sooryavanshi, starring Akshay Kumar and Katrina Kaif, set to mark its theatrical release on November 5, 2021. The director has previously helmed Ranveer Singh's Simmba as well as Ajay Devgn's Singham franchise, both of which were widely appreciated by the audiences. Now, as per Pinkvilla reports, Shetty will be seen collaborating with Sidharth Malhotra for a cop-based web series, which will witness a digital release via Amazon Prime Video.

As per the publication's sources, the duo has been discussing a 'probable collaboration' for some time, with things finally taking shape now. The project will reportedly go on floors next year, with debutant Sushwanth Prakash on board as the director. The source further stated that the 'tone and treatment' of the project will be very different from the erstwhile digital content consumed by the audiences.

There were also reports of Vicky Kaushal and Tiger Shroff being in contention along with the Shershaah actor for the project, which will have Shetty on board as the showrunner and producer. Shetty is also 'working closely' on the script and action scenes of the project.

Apart from the aforementioned collaboration, Shetty is gearing up for Sooryavanshi's release. Marking his first collaboration with Kumar, the film follows the story of Mumbai's Anti-Terrorism Squad chief, DCP Veer Sooryavanshi and his team as they join forces with Inspector Sangram Bhalerao and DCP Bajirao Singham to prevent a terrorist group from attacking Mumbai. Shetty also has Ranveer Singh, Pooja Hegde and  Jacqueline Fernandez starrer Cirkus, which is gearing up for a late 2022 release. He would then commence filming Singham 3 with Ajay Devgn. The franchise follows the eponymous honest police officer who aims to eliminate corruption from society.

Meanwhile, Sidharth Malhotra is currently working on his upcoming movies, namely Thank God and Mission Majnu. In Thank God, he will be sharing screen space with Ajay Devgn and Rakul Preet Singh while in Mission Majnu, he will be acting alongside Rashmika Mandanna, Parmeet Sethi, Zakir Hussain, Sharib Hashmi and others.