Suniel Shetty's throwback picture is taking the Internet by storm as it has him posing shirtless. Have a look at the picture with all the details here.

Suniel Shetty recently took social media by storm as he posted a shirtless picture of himself. In the throwback picture posted, a younger version of Suniel Shetty can be seen showing off his muscular physique. The picture has received a lot of appreciation from his followers, which include celebrities like Prateik Babbar, Vikrant Singh, Vardhan Puri, and Aadarsh Balakrishna, amongst others.

Suniel Shetty recently uploaded a throwback Thursday picture where he could be seen wearing a pair of funky and colourful pants as he shows off his well-toned body. He can be seen with an intense expression on his face in the throwback picture uploaded. He has written in the caption for the post that the picture is taking him back to the '90s. Have a look at the picture from Suniel Shetty’s Instagram here.

Suniel Shetty has received a lot of love in the comments section of the picture posted. People can be seen missing the former version of the actor from the '90s when he was constantly seen in various films. A number of celebrities including Chaarul Malik, Vikrant Singh, Rahul Dev, Sachin Chhabra, Mithun Purandare, Prashantt Guptha, Gurmeet Choudhary, Sunny Singh, Aalim Hakim, Aadarsh Balakrishna, Sameera Reddy, Muzamil Ibrahim, Shourya Bharadwaj, Anand Kumar, Abhishek Kapur, Vardhan Puri, Salim Javed, and RJ Alok have commented on the charming picture of the actor.

They can be seen talking about his well-maintained physique and how he does not look very different from that picture at the moment either. They have also appreciated him for the dedication with which he has maintained his health and looks. A few people have also spoken about why he is an inspiration to so many people. Have a look at the comments on his pictures here. His son, Ahan Shetty, is also amongst the many people to appreciate the post. 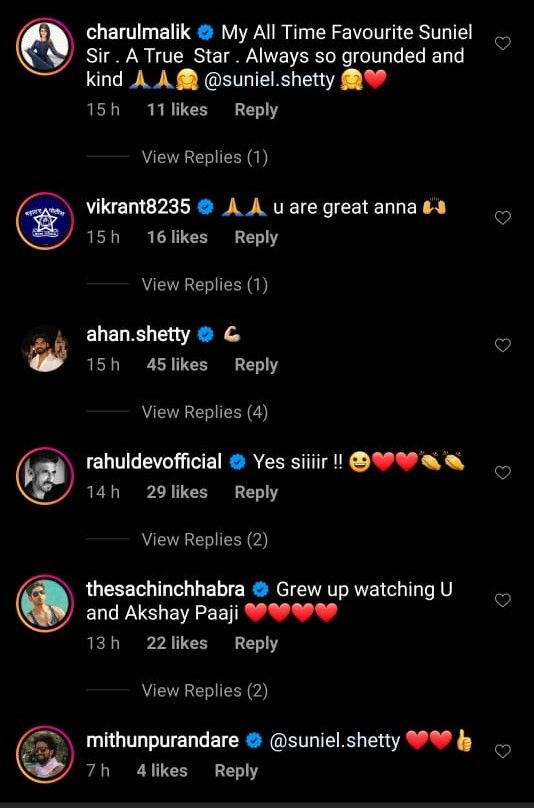 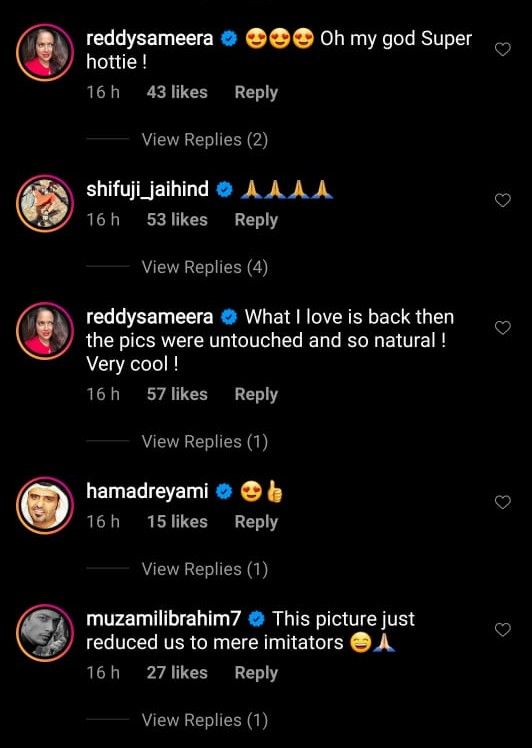 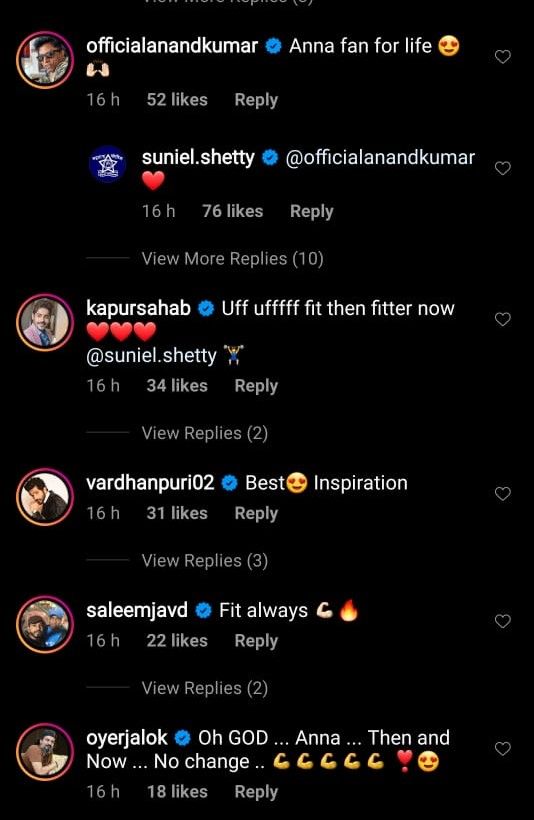 Suniel Shetty has also been encouraging his fans to stay home and stay positive during such a crisis. He previously posted a monochrome picture of himself with the caption that asked people to stay home in order to stay safe. He also urged his followers to stay positive even if things go downhill around them. Have a look at the post from Suniel Shetty’s Instagram here.