Swara Bhasker Breaks Silence On Break-up With Himanshu Sharma; Shares How She Got Over It

Swara Bhasker broke her silence on break-up with Himanshu Sharma after close to a year. The actor also shares how she got over it, and termed it 'unfortunate.'

Swara Bhasker’s pinned tweet states that if she is not involved in a Twitter controversy once a week, one can assume that she is ‘dead.’ The actor is known for her strong views on political matters, often is at the receiving end of trolls for her opinions and even hits back at them. Her Instagram handle is a bit calmer comparatively, and in recent years, one side of this witnessed by her fans was her relationship with Himanshu Sharma.

Not too frequent like some of the love-dovey couples of Bollywood, but the duo occasionally would post pictures on the platform. However, there were no updates on their profiles after the duo reportedly parted ways last year. While reports did the rounds first in July 2019, the Nil Battey Sannata star had maintained silence on it since then.

Swara recently opened up on the break-up in an interview with an entertainment portal. The actor shared that being ‘emotional’, the break-up was hard on her like it is for everyone. The 31-year-old added that it was ‘unfortunate’ and that one just has to deal with it.

When your girlfriend forces a vacation on you and then makes you pose for selfies also! ðŸ˜ˆ #TortureByHoliday with #HimanshuSharma

She also stated that there was nothing unpleasant about their parting ways, and that it was not because one of them cheated. Swara termed it as a ‘journey’ before it just came to an end . The Veere Di Wedding star added that it was about accepting the fact that they have to move on.

Opens up on recovery

Swara shared that accepting the other person’s choices and not thinking about one’s own choices, was what ‘growing up’ was all about.

Opening up on how she dealt with the break-up, the actor said she found solace in her ‘supportive’ family and friends by sharing it with them. The Tanu Weds Manu star added that she decided to start working out, the day they parted ways. She also revealed she worked out like a ‘psychopath’, before the shooting of her projects eventually helped in the recovery process. 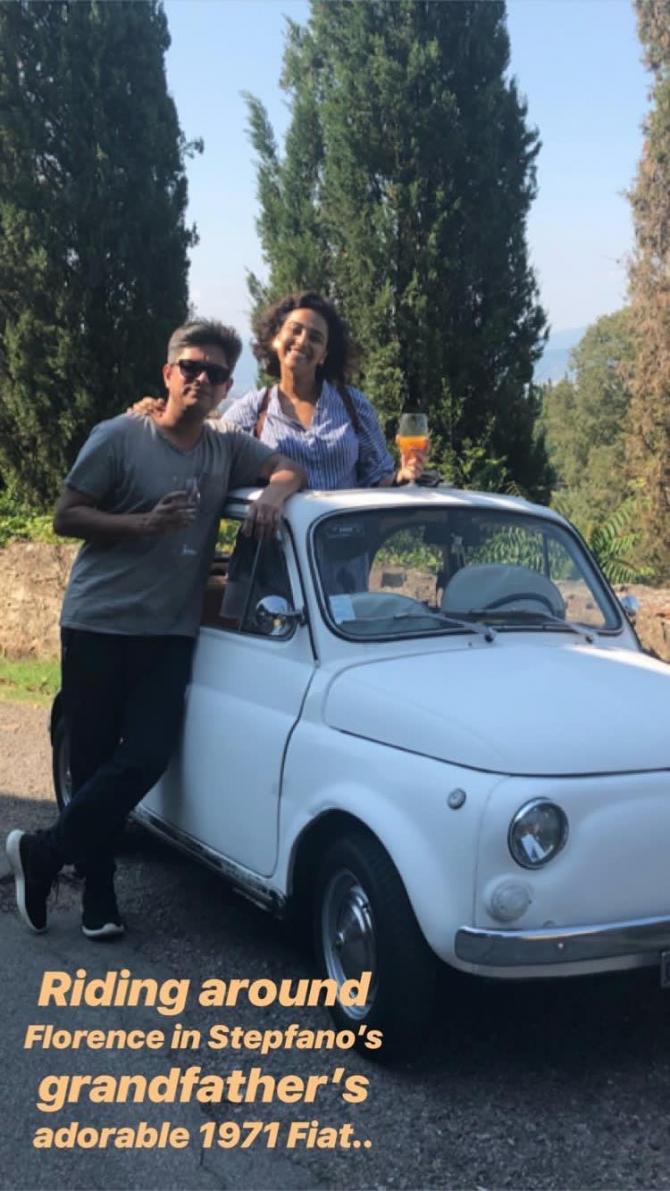 Swara and Himanshu worked together in numerous films in the actor-writer capacity on Aanand L Rai directorials like the Tanu Weds Manu franchise and Raanjhanaa. Tanu Weds Manu was the major claim to fame for Swara.

A few weeks ago, she had shared how a line written by her ex-boyfriend in Raanjhanaa turned out to be appropriate during the anti-CAA protests.

Meanwhile, on the professional front, Himanshu is the writer of Rai’s next Atrangi Re starring Akshay Kumar, Dhanush and Sara Ali Khan. Swara’s film Sheer Qorma was gearing up for release at international film festivals, before the COVID-19 pandemic forced its cancellation.

PEOPLE HAVE PLEDGED SO FAR
LATEST NEWS
View all
7 hours ago
Are Shahid Kapoor & Mira Rajput at Radha Soami Satsang in Beas? Video goes viral
9 hours ago
Athiya appalled by Kerala elephant's death, says "They think we are cute. We failed them"
8 hours ago
Casting director Krish Kapur passes away at the age of 30 in a road accident
9 hours ago
Varun Dhawan shares a mesmerizing view of how his surrounding looks like during monsoons
5 hours ago
Natasa Stankovic calls Hardik Pandya his 'Jigar Da Tukda'; Watch cricketer's reaction