Sye Raa Narasimha Reddy has hit the theatres on October 2. Tamannaah Bhatia was busy with the promotions. The actor seems to have put her best foot forward.

Sye Raa Narasimha Reddy has hit the theatres on October 2. The movie is a period drama based on the life of freedom fighter Uyyalawada Narasimha Reddy. The film stars South Indian star Chiranjeevi in the lead role along with Tamannaah Bhatia and Amitabh Bachchan. Tamannaah has barely left any stone unturned for the promotion of Sye Raa Narasimha Reddy. While promoting the movie she seemed to be setting major fashion goals. Here is a list of the outfits sported by the actor during her promotion spree: 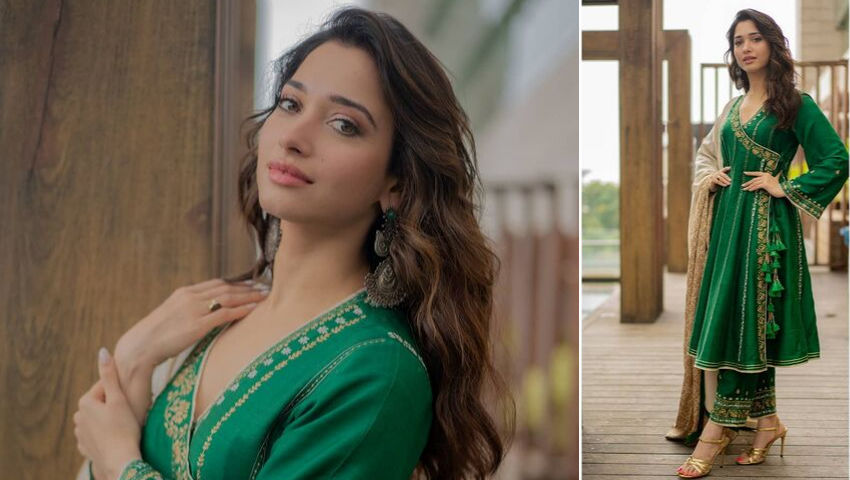 Tamannaah Bhatia sported an elegant emerald green Anarkali suit with sheer golden dupatta. The kurta was styled as an angrakha and had golden motifs all over. Tamannaah had paired her Sue Mue outfit with golden heels. Her hair was let down in a simple wavy style. For accessories, the actor sported pair of statement chandbaalis. She had done up her face in nude makeup with peachy lips. (Image Courtesy - Tamannaah on Instragram) Tamannaah Bhatia was spotted in a red sharara suit for the Chennai promotions. The actor looked beautiful in the Faabiiana outfit which she paired with a pair of chandbaalis. Her hair was tied up in a neat bun with red flowers tucked to it. Tamannaah’s face was done up in simple makeup, complete with a red bindi. (Image Courtesy - Tamannaah on Instragram) 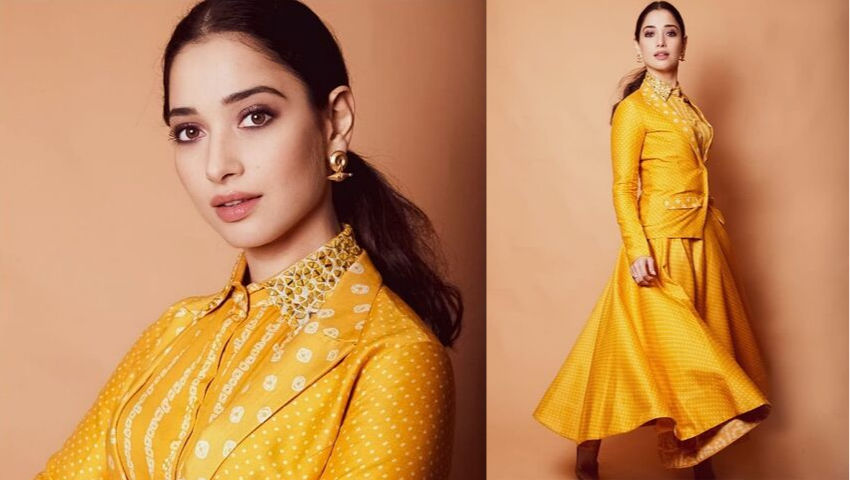 For another round of promotion, Tamannaah Bhatia had sported yellow separates. She paired her Punit Balana outfit with nude heels from Louboutin. The actor accessorised her look with golden abstract earrings. Tamannaah tied up her hair in a messy low ponytail. Her face was done up in a natural look with light smoky eyes and glossy lips. (Image Courtesy - Tamannaah on Instragram) 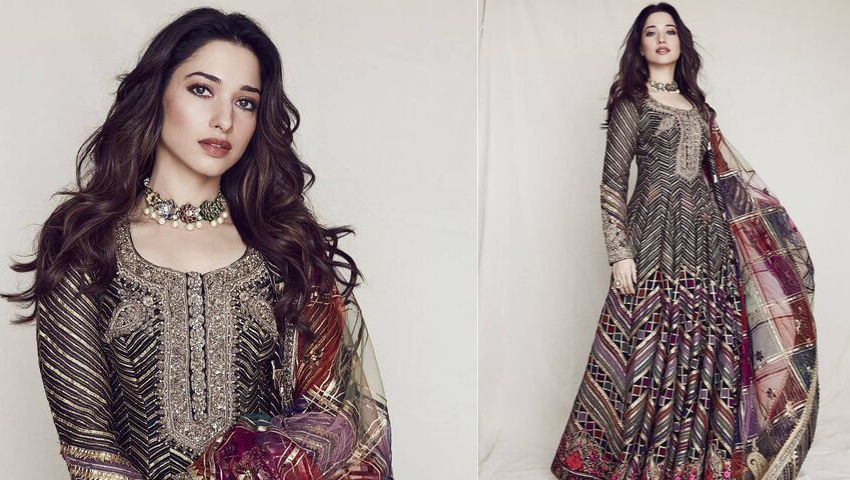 For the teaser launch of the movie, Tamannaah Bhatia was sporting a multicolour Anarkali suit with a dupatta. Her Rimple and Harpreet Narula outfit had golden patchworks on the neckline and sleeves. She had accessorized her look with a neckpiece and finger-ring. Tamannaah kept her hairdo relatively simple, letting it down in waves. The actor opted for less-is-more technique in her makeup highlighting her lips in burgundy. (Image Courtesy - Tamannaah on Instragram)

While Sye Raa Narasimha Reddy has hit the theatres on October 2, Tamannaah is gearing up for other projects. She will next star in That Is Mahalakshmi and Petromax which are in the post-production phase. The shooting for Bole Chudiyan is still going on. The three movies will release sometime in 2020 but nothing has been officially confirmed yet. (Image Courtesy - Tamannaah on Instragram)